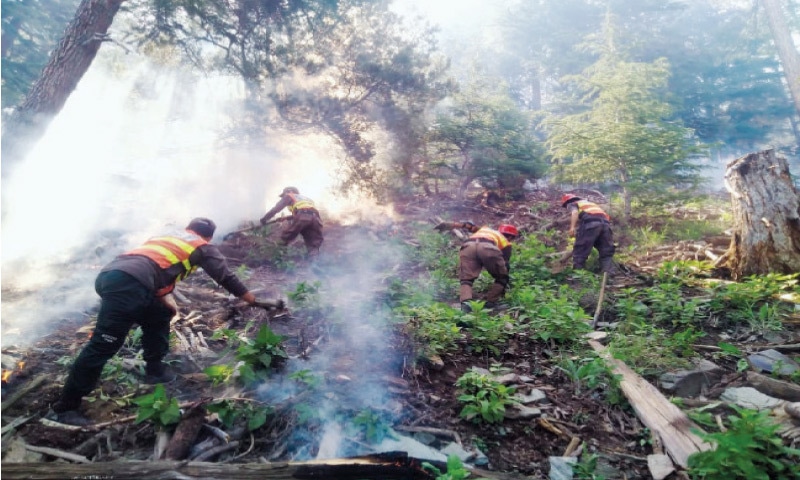 PESHAWAR: A firefighter of Rescue 1122 Khyber Pakhtunkhwa embraced martyrdom in line of duty while fighting with a forest blaze at Shangla district.

According to a statement issued here on Thursday, the deceased Nizam Ullah was on the front line in performing his duty of extinguishing fire that erupted at Manga Chaksher forest of Shangla district.

The Rescue staffers reached to the site of fire after a long trekking of around three hours in the treacherous mountain terrain, adds the press statement. The fire fighting operation is in progress, while the dead body of the martyred fire fighter is being descended from the mountain for taking back to home for performing his last rituals.

“The sacrifice rendered by Niazm Ullah will be remembered in golden words,” remarked Director General Rescue 1122, Dr. Khateer Ahmad. A number of staff members of Rescue 1122 have received burn injuries while fighting with ongoing incidents of forest fire in the province, he added.