The announcement came a week after SAS said it was seeking to raise 9.5b kronor ($968m) in new capital.

“Given the government’s mandate to reduce its stake (in SAS), we say no to an injection of capital in the SAS Forward (restructuring) plan,” Industry Minister Karl-Petter Thorwaldsson said at a news conference. He added that the state would not be a long-term shareholder in the company. Sweden and Denmark are SAS’s main shareholders, with each holding stakes of 21.8pc apiece, which increased in the past two years following rescue plans linked to the Covid pandemic. The Swedish government will propose to the parliament that SAS be authorised to convert the debt it owes to the state into equity capital, Thorwaldsson said. In a statement, SAS said the debt move was “an important step toward the success” of its transformation plan. The Danish government, for its part, said it would reach a decision later this month.

“The government will, together with the other parties, evaluate the SAS plan, as well as how the Danish state will contribute (to it). I expect we can make a decision around mid-June,” Finance Minister Nicolai Wammen said in a statement to AFP. In February, the airline launched a major cost-cutting plan dubbed “SAS Forward,” which included a “redesigned fleet” and a “refocusing” on long-haul flights. Hit hard by the pandemic, SAS already cut 40pc of its workforce — 5,000 staff — in 2020. The airline posted a net loss of 1.5b Swedish kronor ($155m) in the second quarter, compared to a net loss of 2.4b kronor a year earlier. 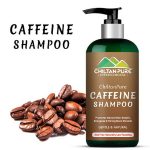