Bangladesh depot accused over blast that killed at least 49 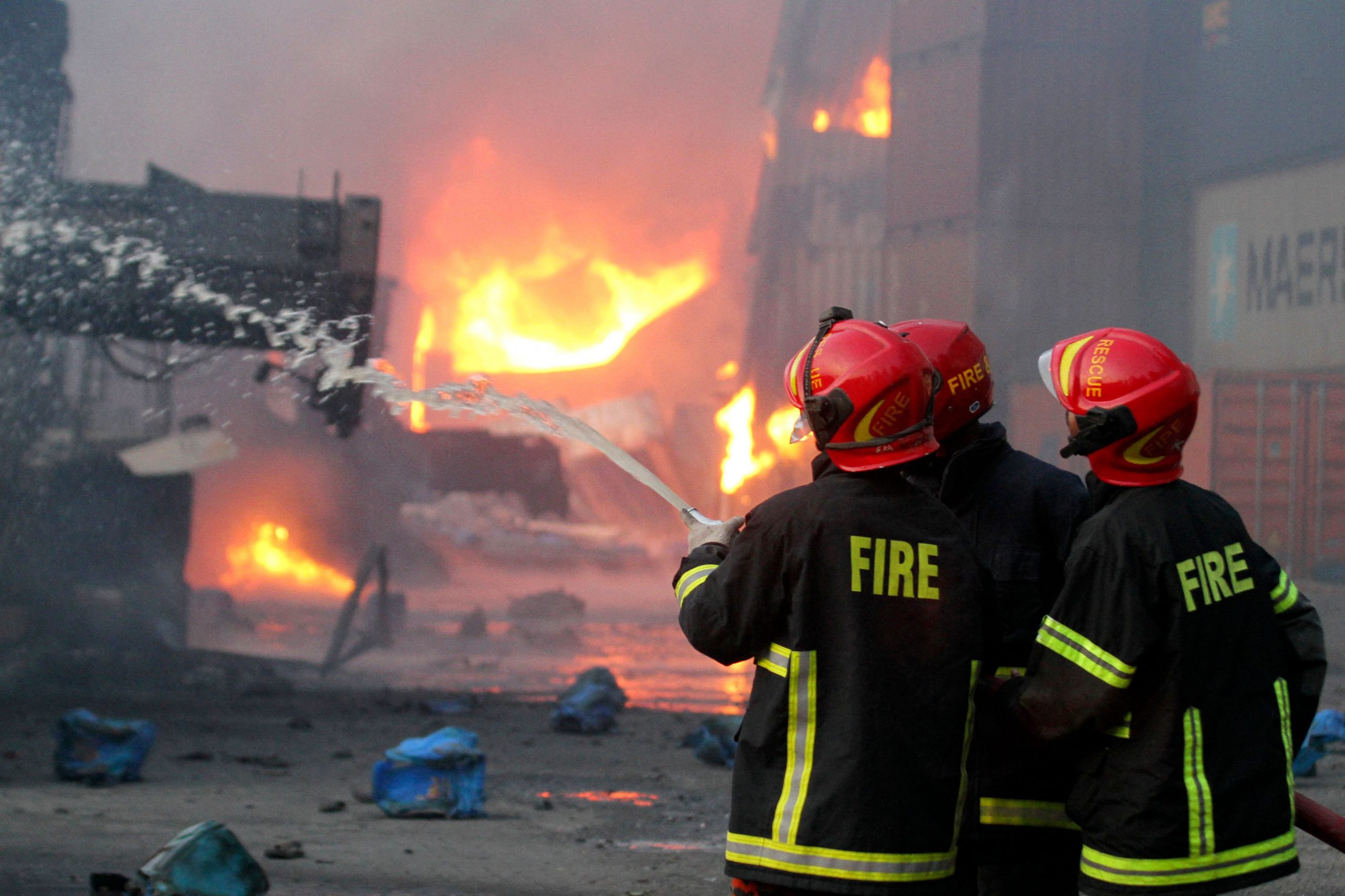 Sitakunda, Bangladesh: Bangladesh authorities accused a container depot operator Monday of not telling firefighters about a chemical stockpile before it exploded with devastating consequences, killing at least 49 people — nine of them from the fire service.

The toll from the giant blast, which followed a fire at the B.M Container Depot in Sitakunda and sent fireballs into the sky, was expected to rise further.

Some containers were still smouldering on Monday, more than 36 hours after the explosion, preventing rescuers from checking the area around them for victims.

Around a dozen of the 300 injured were in critical condition.

The nine dead firefighters are the worst toll ever for the fire department in the industrial-accident-prone country, where safety

“The depot authority did not inform us that there were deadly chemicals there. Nine of our officers were killed. Two fighters are still missing. Several people are also missing,” fire department official Mohammad Kamruzzaman told AFP.

Purnachandra Mutsuddi, who led the fire-fighting effort at the 26-acre facility on Saturday night, said it  “didn’t have any fire safety plan” and lacked firefighting equipment to douse the blaze before it turned into an inferno.

“The safety plan lays out how the depot will fight and control fire. But there was nothing,” Mutsuddi, an assistant director of the Chittagong fire station, told AFP.

“They also did not inform us about the chemicals. If they did, the casualties would have been much less,” he said.

The B.M Container Depot in Sitakunda, an industrial town 40 kilometres (25 miles) from Chittagong Port, is a joint venture between Bangladeshi and Dutch businessmen with around 600 employees and began operations in 2012.

Its chairman is named on its website as Bert Pronk, a Dutch citizen, but AFP was unable to reach him for comment. Few European businessmen operate in the country.

Local newspapers said another of its owners is a senior official of the ruling Awami League party based in Chittagong, who is also the editor of a local Bengali daily.

Police have yet to lay charges over the fire. “Our investigation is going on. We will look into everything,” said local police chief Abul Kalam Azad.