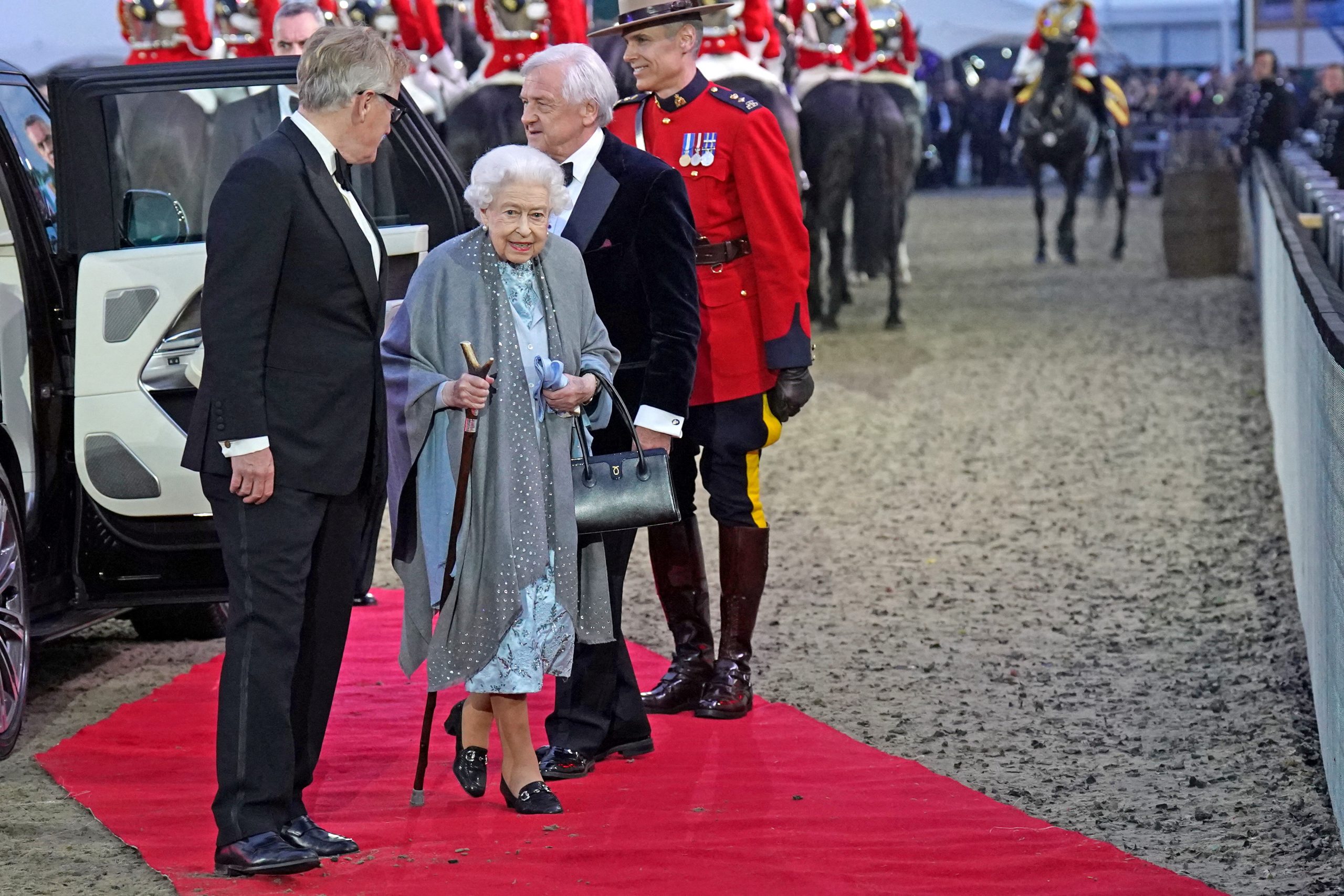 Huge crowds converged on central London in bright sunshine on Thursday for the start of four days of public events to mark Queen Elizabeth II’s historic Platinum Jubilee, in what could be the last major public event of her long reign.

From early morning, a steady stream of people, many clutching Union flags and picnic baskets, headed to The Mall near Buckingham Palace, where the 96-year-old monarch will make two appearances later.

But as well as seeing the pomp and pageantry of the Trooping the Colour military parade, many sensed the coming end of an era.

Ambulance service worker Gilbert Falconer, 65, travelled from Scotland to witness the event, which is held to mark the queen’s official birthday.

“We know it’s a special occasion because it might be the last day we’ll see Her Majesty in a public event,” he told AFP.

“This is very significant,” added another spectator Daniel Marmah. “It’s the first time we’ve had a monarch who’s lasted for so many years.”

The extent of the queen’s involvement in the celebrations for her record-breaking 70 years on the throne has been a source of speculation for months.

She has had to cut back drastically her public appearances since last year because of difficulties standing and walking — and a bout of Covid.

But royal officials confirmed that she would take the salute of mounted troops from the balcony. 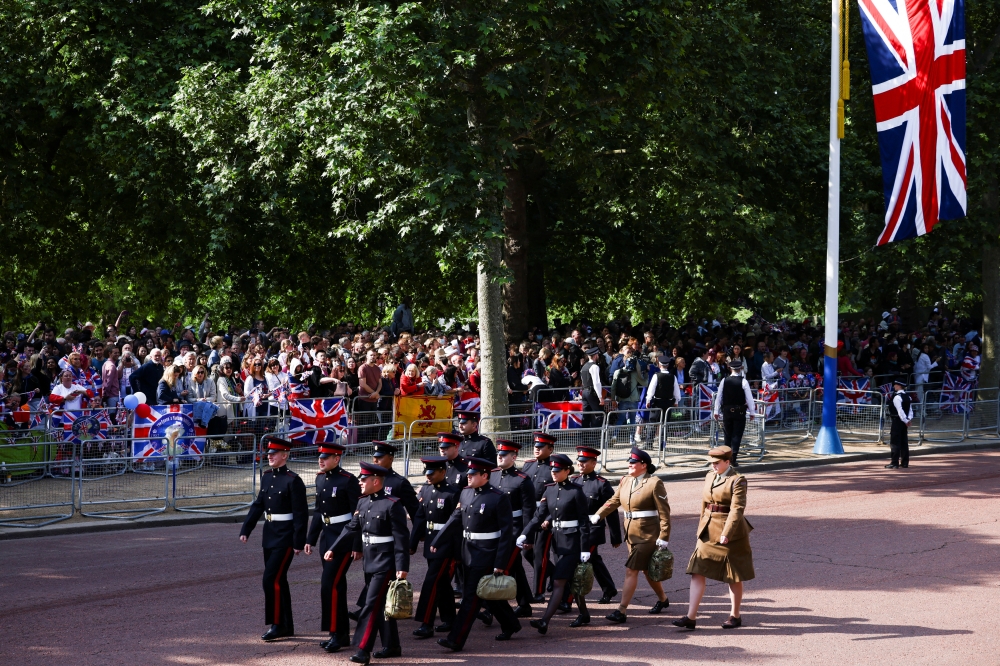 The centuries-old ceremony has previously seen the queen take the salute on horseback herself.

Her 73-year-old son and heir Prince Charles will step in this year, supported by his sister Princess Anne, 71, and his eldest son, Prince William, 39.

Joining senior royals watching the display of military precision will be Charles’ younger son, Prince Harry, and his wife Meghan, on a rare visit from California, Buckingham Palace confirmed.

But the queen’s disgraced second son, Prince Andrew, 62, is not expected to join them.

She will return to the balcony later to watch a fly-past of military aircraft, including iconic models from World War II, the palace said.

At nightfall, the queen will be at Windsor Castle, west of London, to take part in a ceremony to light more than 3,000 beacons across the country and the Commonwealth of 54 nations that she heads.

Elizabeth was a 25-year-old princess when she succeeded her father king George VI in 1952, bringing a rare touch of glamour to a battered nation still enduring food rations after World War II.

Seventy years on, she is now the only monarch most Britons have ever known, becoming an enduring figurehead through often troubled times.

It has not yet been confirmed if she will attend a thanksgiving service at St Paul’s Cathedral on Friday, while her planned attendance at horseracing showcase The Derby on Saturday is off.

She could yet put in a final appearance — again from the palace balcony — on Sunday, at the climax of a huge public pageant involving 6,000 performers.

The queen on Wednesday thanked everyone involved in organising community events in Britain and around the world.

“I know that many happy memories will be created on these festive occasions,” she said.

“I continue to be inspired by the goodwill shown to me, and hope that the coming days will provide an opportunity to reflect on all that has been achieved during the last 70, as we look to the future with confidence and enthusiasm.”

The jubilee, held against a backdrop of rising inflation that has left many Britons struggling, is being seen not just as respite for the public after two years hit by Covid but also for the royals.

Harry, 37, and Meghan, 40, caused shockwaves in early 2020 by moving to North America, from where they have publicly criticised royal life.

In April last year, she lost her husband of 73 years, Prince Philip, and was forced to sit alone at his funeral due to coronavirus restrictions.

Since then, she has struggled with her health, and also the fallout from Andrew’s links to the convicted sex offenders Jeffrey Epstein and Ghislaine Maxwell.

Andrew, who in February settled a US civil claim for sexual assault, has effectively been fired from his royal duties.

Attention is increasingly turning to the succession, and the monarchy’s future at home and in the 14 other Commonwealth countries where the queen is also head of state.