Govt seeking guidance from all stakeholders on Indian oppression, atrocities in IIOJK 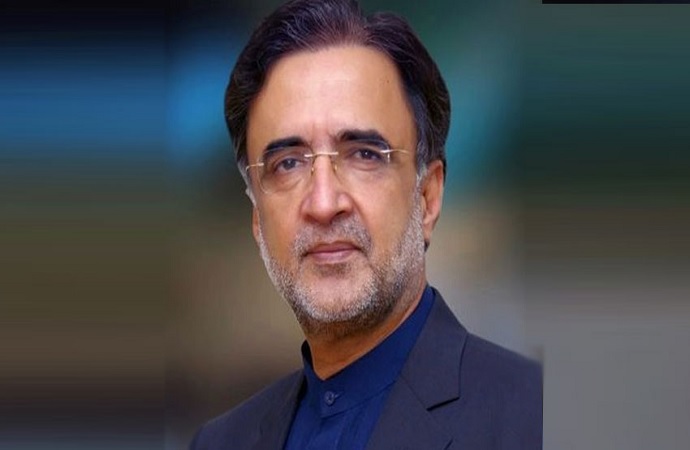 ISLAMABAD: Advisor to Prime Minister on Kashmir and Gilgit-Baltistan Affairs Qamar Zaman Kaira on Wednesday said that the incumbent government is seeking guidance from all stakeholders including political elites on Indian oppression and atrocities in Indian Illegally Occupied Jammu Kashmir (IIOJK).

Various attempts were made to resolve the Kashmir issue in both democratic and non-democratic regimes, he added. The people of occupied Kashmir kept the movement alive by sacrificing their lives and blood.

The present Indian government has intensified atrocities against minorities and Kashmiris. Qamar Zaman Kaira urged collective efforts to highlight the Kashmir issue on every platform of the World.

Addressing the participant, he said that the main purpose of this conference is to take on board all stakeholders on the Kashmir issue to formulate a wise strategy to highlight it at the global level.

Kaira said that we could move forward with the consultation of all stakeholders as Pakistan had committed to support the Kashmiris morally, diplomatically, and politically for self-determination.

He said that the Kashmir issue had the top priority of the democratic and undemocratic regimes of Pakistan, adding, he said a number of Kashmiri Hurriyat leaders lost their lives and sacrifices in IIOJK.

Kaira said that right now IIOJK is the largest sub-jail in the World and Kashmiris were facing many challenges in the presence of one million Indian forces, violation of human rights, rapes, abusing to women and children, torturing, killing and kidnapping were the routine cases reported in IIOJK.

The Indian government wanted to change the demography on the map of Kashmir and all minorities were unsafe and no protection of life and property was ensured, he said.

He said that a strong Pakistan could fight the trial of Kashmiris strongly at all relevant forums and guarantee a free Kashmir.