‘I am there in spirit, and in Ranbir Kapoor’s heart’: Alia Bhatt delivers video message at Brahmastra event 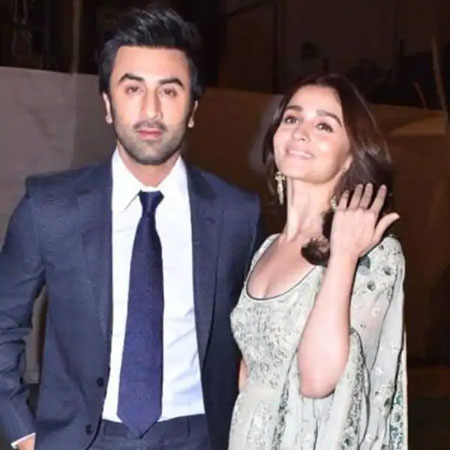 Ranbir Kapoor, along with SS Rajamouli and Ayan Mukerji, promoted Brahmastra in Vishakapatnam, Andhra Pradesh. During their trip to Vizag, the trio also sought blessings at Varaha Lakshmi Narasimha temple in Simhachalam. Ranbir, Rajamouli and Ayan Mukerji hosted a press conference to meet and greet the fans as well as media personnel. During the press conference, Alia Bhatt sent a video message for the team. She said while she is away shooting for her maiden Hollywood project in London, her “half” Ranbir is attending the event in Vizag.

In the video message, Alia sent message for her fans and SS Rajamouli. She greeted them in Telugu and thanked them for showering RRR with so much love. “Andariki namaskaram. Baagunara? Hey, nenu kuda nee Telugu ammayine. Brahmastra naaku entho special film (Hello everyone. How are you? Hey, I am also your Telugu girl. Brahmastra is a special film for me),” she said, adding that the fact that SS Rajamouli is promoting the film in South makes Brahmastra “even more special.”

She then delivered a message for RRR director. “Hello Rajamouli sir, how are you? Lots of love to you. I am also going to take this opportunity to thank everyone for all the love you gave to our film RRR. It was truly and extremely special. I will eternally be grateful for it,” she said.

She added that she really wished to be with Brahmastra team. “I am missing the whole team so much – Ayan, Ranbir. But I am there in spirit and especially there in Ranbir’s heart. So, I am there with you as well,” she blushed as she said. The comment also received hooting and applause from fans. “I really wanted to be there. But unfortunately or fortunately, I am shooting in London. It is a big film. But I really feel like the half of me is going to be with you at the event,” she said, hinting at her Hollywood project. Alia is currently shooting Gal Gadot starrer Heart of Stone, which marks her Hollywood debut. The spy thriller will stream on Netflix. It also stars Jamie Dornan.