BJP using the judiciary as a tool to further its settler colonialism agenda in IIOJK: Nayeem Khan 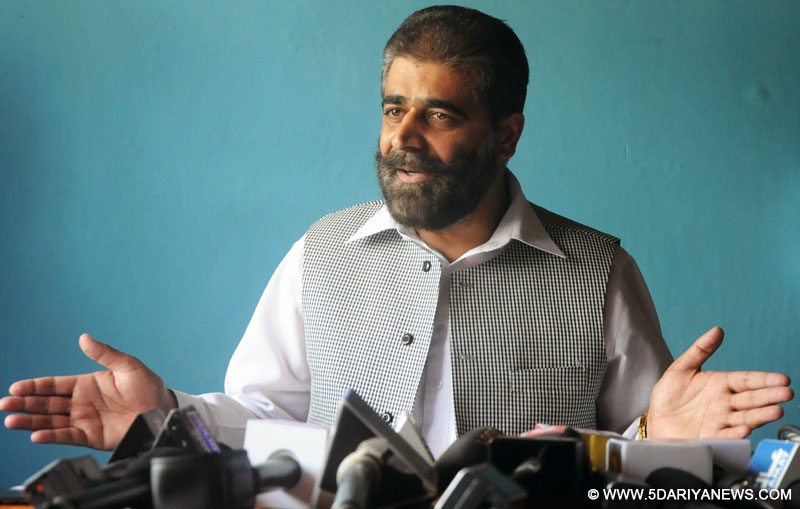 ISLAMABAD: All Parties Hurriyat Conference (APHC) senior leader Nayeem Ahmed Khan has said that the India’s racist regime-the BJP was using repressive state apparatus in particular the judiciary as a weapon against Kashmiris to further its settler colonialism agenda in Kashmir.

In his message received here from Tihar jail, the incarcerated APHC leader while referring to continued bloodshed, violence and ruthless suppression of political dissent in the region said, “On one hand the apartheid regime has let loose its forces to kill innocent Kashmiris while on the other hand, it has been remorselessly using draconian laws like PSA, UAPA and other black laws to silence legitimate political voices who have refused to toe the government line.

Life imprisonment of JKLF Chairman Muhammad Yasin Malik in a sham trial, he said, was one such example that shows how the BJP government was using its judicial apparatus to punish and penalize Kashmiri leaders. Terming it as a shocking example of political vendetta and vengeance, Khan, recalled that the Indian judiciary has a long history of crucifying justice.

“It is quite alarming that instead of dispensing justice on merit the Indian courts have been acting on whims and fantasy of the ruling party that seems hell bent on choking every dissenting voice in Kashmir”, the APHC leader said. He, however, maintained that India cannot silence Kashmiris by resorting to such meant tactics.

Voicing his serious concern over the rising incidents of state terrorism in the Indian Illegal Occupied Jammu and Kashmir, he said the systematic killing of innocent civilians, particularly the youth belie the so-called normally narrative the Indian government has been pedaling to hoodwink the international community.

Citing the recent killings at the hands of Indian occupation forces, the incarcerated leader said, “Innocent and educated youth are deliberately targeted and killed mercilessly by the occupation force during cordon and search operation”.

“On one hand the endless killing spree has unleashed reign of terror while on the other relentless persecution of civil society, rights defenders and political activist continue unabated”, Khan said adding that it was shocking to see that civil society activists, journalists and rights defenders were being detained under seditious laws and subjected to worst treatment in jails and interrogation centers. He said that the Indian army had a long history of killing human rights activists in fake encounters.

Naeem Khan also expressed his grave concern over the illegal detention of Kashmiri politicians who have been arrested before and after August 5, 2019.

Urging the world community to take effective notice of the stepped-up human rights’ violations in the troubled region, he said that it was high time that the global community must shun its policy of indifference and play its much-needed role to settle the lingering dispute that happens to be main cause and consequence of bloodshed in the region.