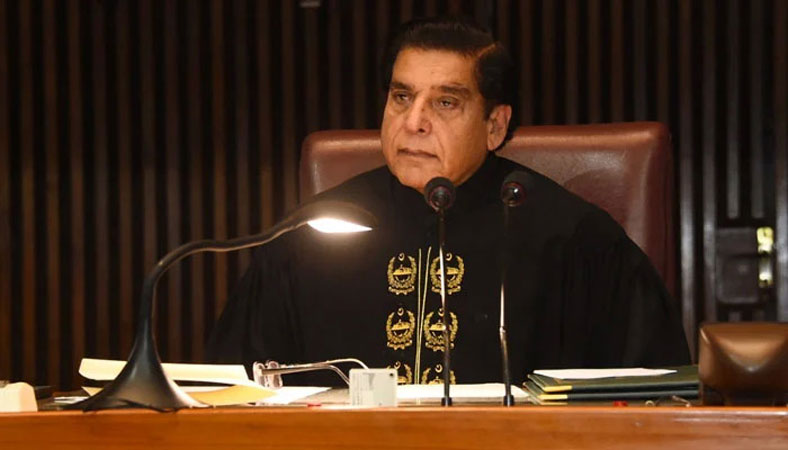 The National Assembly (NA) speaker Raja Pervez Ashraf on Monday invited all Pakistan Tehreek-e-Insaf (PTI) members who had tendered resignation from their seats in the house for verification regarding voluntary character and genuineness of their resignation letters. According to the letters sent by NA secretariat available with Daily Times, the speaker called all such members for personal hearing in order to cross-examine the resignations. The letters stated that the speaker followed this practice while using his powers under pursuance of Paragraph (b) of Sub Rule (2) of rule 43 of the Rules of Procedure and Conduct of Business in the National Assembly, 2007. “The PTI members who tendered resignation have been invited individually for verification of their resignation,” read the letter. The letters have been sent to 131 PTI members, including PTI chief Imran Khan The verification process will start on 6th June 2022 and will continue till 10th June 2022. As per system devised every MNA will get five minutes to confirm that their resignations were voluntary and genuine. Last month, the PTI through social media released the notification of the NA Secretariat also claimed that 123 party MNAs had “resigned from their seats by writing under their hand” to the speaker. The notification signed by NA Secretary Tahir Hussain has declared that after submission of the resignations their seats have become vacant in terms of Article 64(1) of the Constitution with effect from April 11. The list of the resigned MNAs contains the names of 94 MNAs who were elected through direct elections on general seats and 25 women and four minority MNAs who had been nominated on reserved seats. If the Election Commission of Pakistan (ECP) also declared these seats vacant after receiving the acting speaker’s order then it will have to conduct by-elections on 94 seats within 60 days of its own notification. Meanwhile, in a separate development a dissident lawmaker of PTI has moved the Supreme Court (SC) against the decision of ECP which de-notified 25 PTI MPAs. Zahra Batool has filed an appeal in the Supreme Court against the decision of the ECP, pleading with the court to declare the decision of the ECP null and void. “No direction was issued by the parliamentary party in the election of Punjab Chief Minister,” she has said in her appeal. “No meeting of the parliamentary party was held and no policy was decided,” she stated, adding that the ECP’s decision contrary to the facts could not be upheld.