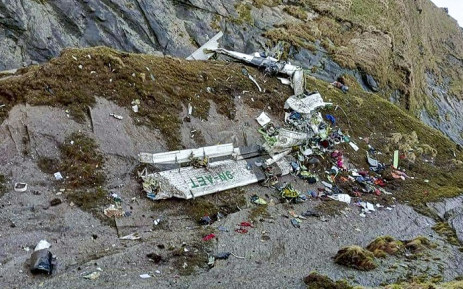 Pokhara, Nepal: Nepali rescuers have retrieved the bodies of all but one of 22 people on board a plane that crashed into a Himalayan mountainside over the weekend, the army said Monday.

Air traffic control lost contact with the Twin Otter plane operated by Nepali carrier Tara Air shortly after it took off from Pokhara in western Nepal on Sunday morning headed for Jomsom, a popular trekking destination. Resuming a search on Monday after failing to find any trace a day earlier, the army shared on social media a photo of aircraft parts and other debris littering a sheer mountainside, including a wing with the registration number 9N-AET clearly visible.

“Twenty-one bodies have been recovered and teams are searching for the remaining one,” Nepal Army spokesman Narayan Silwal told. “It is a very difficult area to work. The aircraft is several pieces scattered all over the slope,” a police official at the crash site said. About 60 people were involved in the operation, including the army, police, mountain guides, and locals, most of whom trekked uphill for miles on foot to get there.

The civil aviation authority said the plane “met an accident” at 14,500 feet (4,420 metres) in the Sanosware area of Thasang municipality. “Analysing the pictures we received, it seems that the flight did not catch fire. Everything is scattered in the site. The flight seems to have collided with a big rock on the hill,” said Pokhara Airport spokesman Dev Raj Subedi.

Four Indians were onboard, as well as two Germans, with the remainder Nepalis including a computer engineer, his wife, and their two daughters who had just returned from the United States. The four Indians were a divorced couple and their daughter and son, aged 15 and 22, going on a family holiday, Indian police official Uttam Sonawane told. “There was a court order for (the father) to spend time with the family for 10 days every year, so they were taking a trip,” Sonawane said. According to the Aviation Safety Network website, the aircraft was made by Canada’s de Havilland and made its first flight more than 40 years ago.

Tara Air is a subsidiary of Yeti Airlines, a privately owned domestic carrier that services many remote destinations across Nepal. It suffered its last fatal accident in 2016 on the same route when a plane with 23 onboard crashed into a mountainside in Myagdi district. Nepal’s air industry has boomed in recent years, carrying goods and people between hard-to-reach areas as well as foreign trekkers and climbers. But it has long been plagued by poor safety due to insufficient training and maintenance.

The European Union has banned all Nepali airlines from its airspace over safety concerns. The Himalayan country also has some of the world’s most remote and tricky runways, flanked by snow-capped peaks with approaches that pose a challenge even for accomplished pilots. The weather can also change quickly in the mountains, creating treacherous flying conditions.

In March 2018, a US-Bangla Airlines plane crash-landed near Kathmandu’s notoriously difficult international airport, killing 51 people and seriously injuring 20. That accident was Nepal’s deadliest since 1992, when all 167 people aboard a Pakistan International Airlines plane died when it crashed on approach to Kathmandu airport. Just two months earlier a Thai Airways aircraft had crashed near the same airport, killing 113 people.