* Some venues began welcoming guests in outdoor space this summer while requiring proof of vaccination, recovery or a current negative COVID-19 test as well as mask wearing 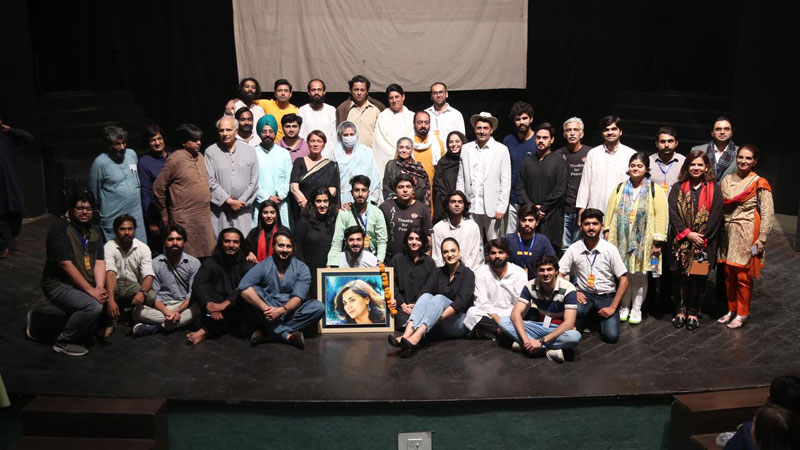 A jam-packed audience gave prolonged appliance to the actors.

A concluding ceremony was held on the last day of the festival in which supporters of the festival were acknowledged which included Punjab Council of Arts, Lahore Arts Council and Babar Ali Foundatiob as well as individual donors Waleed iqbal, Javed Masud, Fawzia Afzal Khan and Shama Ikhlaq,. Saman Rai of Punjab Council of Arts, Henna Babar Ali of Babar Ali Foundation and Kamran Lashari of Walled City of Lahore Authority commended Ajoka for its valuable contribution for the promotion of socially-meaningful theatre and successful organisation of the festival. 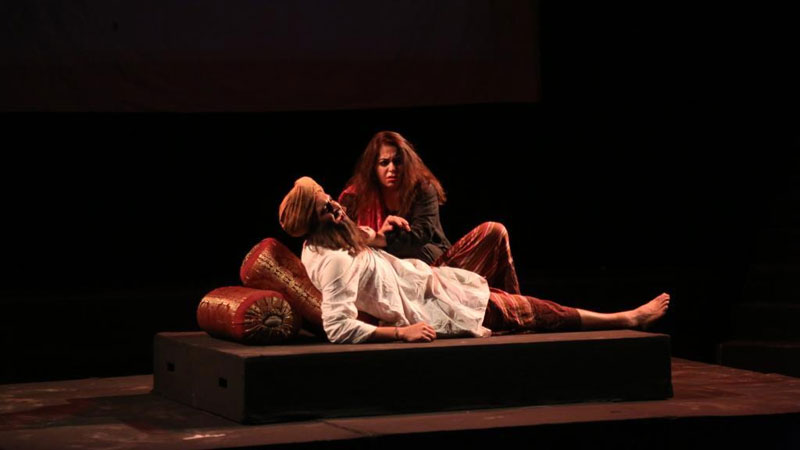 Indian guests were also honoured on the occasion for their enthusiastic participation in the festival and given gifts. They included Neelam Mansingh, Kewal Dhaliwal, Arvinder Chamak, Kabir Chaudhry and Sajan Singh. Arvinder Chamak o presented a portrait of Madeeha Gauhar to her son Nirvaan Nadeem.

The event ended with a Dhol and dance by Ajoka members and supporters.

During the three day festival, three Ajoka plays on the theme ” Sacrifice, Separation, Suffering”, were presented along with a tribute to peace icon Madeeha Gauhar and interaction between visiting theatre personalities and Ajoka students.