* On Wednesday, three days after the show aired, Hasan posted an apology video on Instagram to retract his comments against the said celebrities 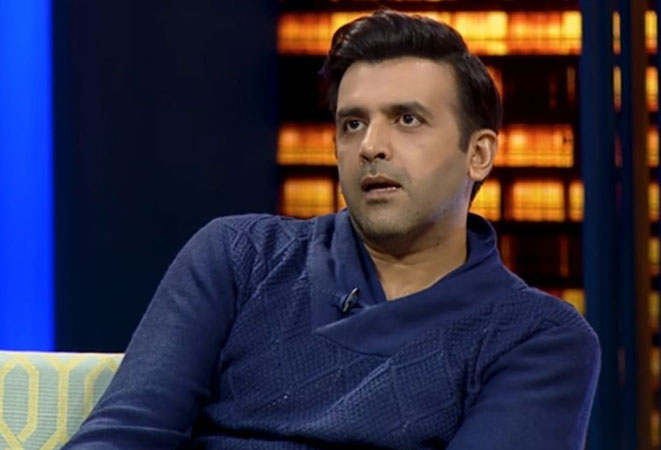 Pakistani actor Hasan Ahmed has apologised to Aiman Khan, her husband Muneeb Butt and singer-actor Azaan Sami Khan for his comments for them.

The celebrity couple Hasan Ahmed and Sunita Marshall recently made an appearance on a television show. Much like all talk shows, this particular one also prompted some questions that picked on other celebrities and went viral. In a segment, Hasan, upon being prompted, claimed that Aiman Khan and Muneeb “buys social media followers” and that Azaan Sami Khan “should leave acting” and stick to being a “music composer.” The clip immediately went viral and after being in hot waters, Hasan regrets his words.

On Wednesday, three days after the show aired, Hasan posted an apology video on Instagram to retract his comments against the said celebrities. “I wanted to talk about the clip that recently went viral where I said some things about Aiman and Muneeb. I have no way to defend what I said, nor do I want to defend myself. I shouldn’t have said that and I take all of that back. I wish both of them the best in their lives,” said Hasan in the video.

He further added, “On the same show, I said some things about Azaan Sami that I shouldn’t have. I take that back as well.” Referring to Azaan’s career as an actor and singer, he said, “Everyone has their own set of opportunities. These things only depict negativity and jealousy and we should rise above it, especially me.”

In the comment section, Aiman appreciated the apology and wrote, “You didn’t have to do this. You’re a very good man and I know that.”