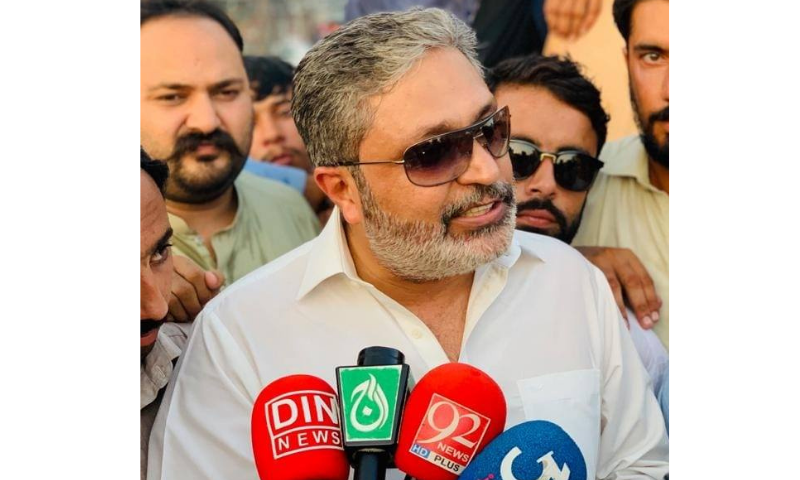 In a statement issued, Ikhtiar Wali claimed that Imran Khan was responsible for the killing of a police constable in Lahore.

He said, “Imran Khan, who is enjoying helicopter of KP Government and bulletproof container, has exposed party workers to danger.”

Ikhtair further added, “Law would take its own course in case there occurs any loss of life or public property during ‘anarchy march’.”

He said that the people of Pakistan had not forgotten PTI’s 2014 sit in Islamabad where its workers had attacked PTV, Parliament House, and the then SSP Operations and started marching towards Prime Minister House on ill designs.

The PML-N MPA said that the PTI Chairman was fighting for his political survival rather than for people’s rights. Imran who was ousted from power through a no-confidence motion was making unconstitutional demands of national assembly dissolution, he added.

“If today, his illegal demand is accepted, then tomorrow he will very likely make another demand for his choice of Chief Election Commissioner, Chairman NAB, Caretaker PM and appointment on other key positions,” Ikhtiar said.

He said the protection of life and property of people was the main responsibility of the government and no one would be allowed to take the law into their hands. He said that political jugglers had come out again with catchy slogans to grab people’s attention after they failed to deliver during their nearly four-year tenure.

He said, “A handful of marchers can’t impose their agenda on the majority people of Pakistan who wanted development and resolution of their problems.”

Ikhtiar said that PML-N Government would remove the deprivation of people and put the country on road to progress and development.