PTI all set for ‘Azadi March’ towards Islamabad amid blockades 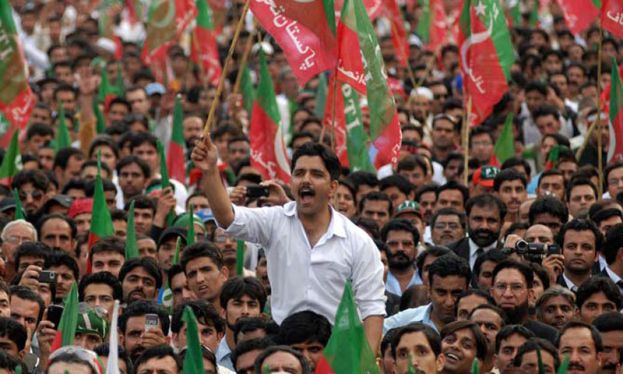 Pakistan Tehreek-i-long Insaf’s march on Islamabad today (Wednesday) is likely to result in a confrontation with the government, which is determined to use all its power to stop it.

Although the federal cabinet decided yesterday that the PTI would not be permitted to hold its procession towards Islamabad, Imran Khan, the unyielding chairman of the PTI, has urged its supporters and activists to march on Islamabad despite the obstacles.

Since Monday night, the government has engaged in an extensive crackdown in several cities of Punjab and the twin cities of Rawalpindi and Islamabad, arresting more than a thousand PTI leaders and workers in an effort to prevent a PTI power show in the federal capital.

KP cut off from Punjab; entry and exit points in the twin cities are closed

The government has closed all entrances and exits to the twin cities of Rawalpindi and Islamabad.

Punjab has been cut off from Khyber Pakhtunkhwa, which is governed by the PTI and from which Imran has vowed to lead a rally towards Islamabad.

From the Anbar Interchange, the Swabi Motorway has been shut down to all traffic. After demolishing the bridges’ protective walls, the government has placed containers on the Jhelum River bridges.

In Punjab, Sindh, and Islamabad, the government has already enacted Section 144.

The local government has blocked the Islamabad-bound Faizabad Interchange road. The district administration has closed Murree Road by erecting containers everywhere along its length.

The roads leading to Cantt and Murree Road have been blocked by containers on Sixest Road, Chandni Chowk, and Committee Chowk.

Rawalpindi and Islamabad’s Metro Bus service has ceased operation. The closure will continue until May 26. The decision regarding its opening, however, will depend on the circumstances, according to sources.

Complete obstruction of the Swabi Motorway PTI activists have begun to congregate at the Anbar Interchange, from which PTI Chairman Imran Khan will lead a rally towards Islamabad.

Hundreds of PTI supporters are arrested by police.

Hundreds of supporters of ousted prime minister Imran Khan were detained overnight in advance of a major sit-in planned by the former leader, senior party members and police sources said Tuesday, as the government vowed to prevent the demonstration.

Khan, a former cricket star turned populist politician, was ousted from power last month in a vote of no confidence, but he has since exerted pressure on the country’s fragile new coalition government by staging massive rallies nationwide.

Khan plans to lead tens of thousands of supporters from his power base in the city of Peshawar in the northwestern province of Khyber Pakhtunkhwa to the capital Islamabad on Wednesday to demand new elections. Khan claims that he was removed from power by a “foreign conspiracy.”

“The largest march in Pakistan’s history will be led by me tomorrow. I consider it jihad, not politics “Khan said.

Many entry and exit points in and around the city of Lahore, located approximately 380 kilometres (236 miles) away, were also blocked. In Islamabad, shipping container roadblocks were installed and the government quarter was placed under lockdown.

Interior Minister Rana Sanaullah told reporters, “This (protest) is intended to polarise the country and sow discord.” No one should be allowed to besiege the capital and dictate terms.

Minister of Information Marriyum Aurangzeb added, “This march cannot be allowed to occur.”

More than 200 PTI supporters were arrested overnight in Punjab, according to two police officials who spoke to AFP. One of the sources stated that they were booked for violations of public order and remain in custody.

The former minister of information, Fawad Chaudhry, alleged that police lacked the required warrants and estimated that more than 400 individuals had been arrested. “Overnight, raids were conducted on over 1,100 homes. The police unlawfully entered the homes and insulted the women and children ” he said in a tweet.

Hamza Shahbaz Sharif, chief minister of Punjab, stated that a police officer was killed during a raid on a PTI supporter’s home in Lahore.

Police have not commented officially on the arrests or allegations

At a press conference, the leader of the PML-N, Attaullah Tarar, stated that protestors intended to join the march “with weapons.”

“According to our intelligence, they have begun amassing ammunition in multiple locations,” he told reporters.

Hassan Askari Rizvi, a political analyst, told AFP that the establishment is currently neutral in the standoff, but “they may attempt to defuse the situation if it escalates.”