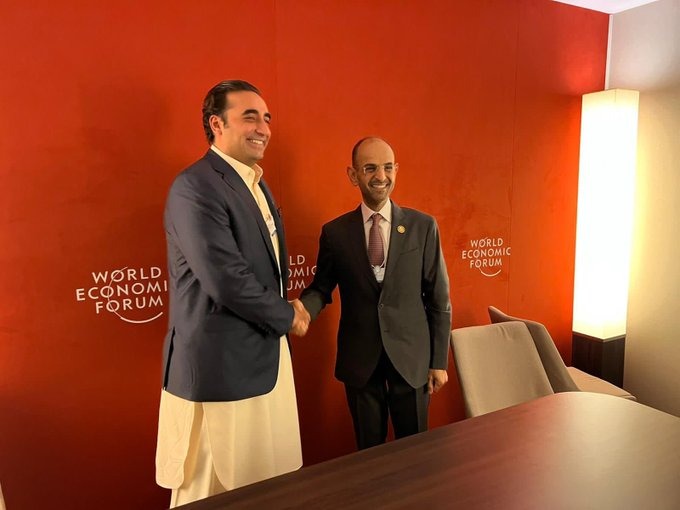 On the sidelines of the Annual Meeting of the World Economic Forum (WEF) in Davos, the Foreign Minister and the GCC Secretary General agreed to explore further avenues for enhancing bilateral trade and economic ties between Pakistan and the GCC.

It was also agreed to strengthen institutional linkages, in line with the Joint Action Plan for Strategic Dialogue.

Minister of State Hina Rabbani Khar and Minister of Climate Change Sherry Rehman were also present during the meeting.

Recalling the historical linkages, geographical proximity and cultural affinities between Pakistan and the GCC, the Foreign Minister underscored that Pakistan attached high importance to its fraternal relations with member states of the GCC, both bilaterally and in the context of the GCC.

In Pakistan-GCC Free Trade Agreement (FTA), the two sides expressed their determination to conclude the negotiations at the earliest possible.

Pakistan and the GCC enjoy long-standing cordial relations. Pakistan’s relations with the Member States of the GCC are rooted firmly in shared faith, values and culture.