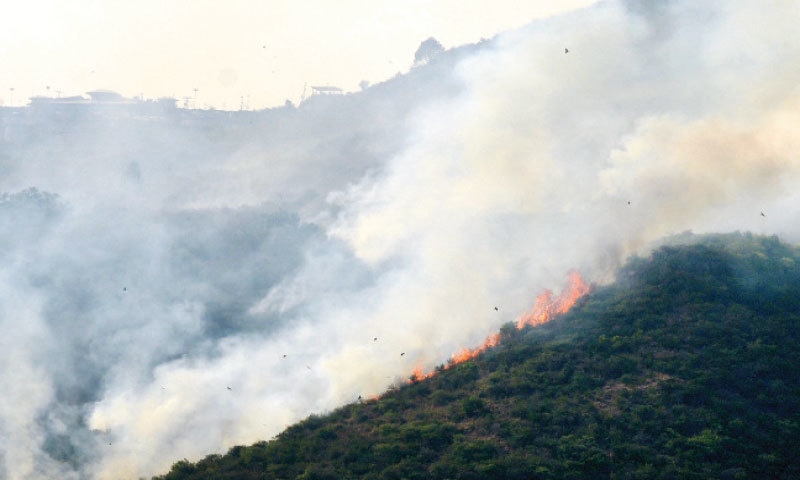 “100 officials will be added to the existing staff in the areas of Monal, Bhara Kahu, D-12, and other areas of Loh-e-Dhandi in wake of fire season,” said its spokesman on Tuesday.

He said the aerial support would also be sought from National Disaster Management Authority (NDMA) in future to combat the large scale fire in mountains and forests.

“It is very difficult to put out fires in forests and mountains and in most places, it is almost impossible for human beings to reach it, therefore in the future aerial support from NDMA will be sought to combat large-scale fire,” he told APP.

He said mountains and forests were the beauty of Islamabad and their protection was one of the top priority of the organization. All possible steps would be taken to maintain the city’s beauty.

On special directions of CDA Chairman Aamer Ali Ahmed the firefighters would be provided personal protective equipments to ensure their safety, the spokesman added.