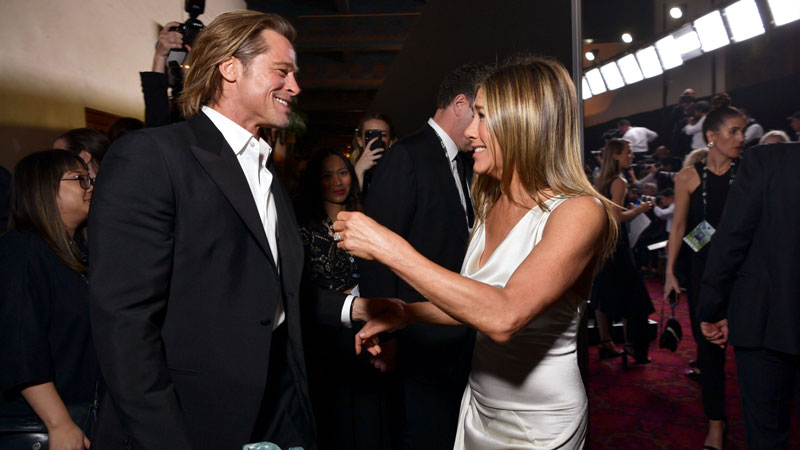 Actors Brad Pitt and Jennifer Aniston were married for a little over five years.

The couple tied the knot in 2000 and got divorced in 2005. During their marriage, Brad was linked with actor Angelina Jolie and the couple later confirmed their relationship. After his 2016 divorce from Angelina, Brad apologised to Jennifer.

Brad and Jennifer first met in 1998 in Malibu, at a private wedding. The couple later started dating, and after two years together, they married. In January 2005, Jennifer filed for divorce. In 2004, while Brad was still married to Jennifer, when rumours about him dating Angelina started. In 2006, Angelina announced that she was pregnant with Brad’s child. In August 2014, Angelina and Brad married. Two years later, the couple filed for divorce in 2016, which was finalised in 2019.

In 2017, a source told mirror.co.uk about Brad, “He’s been determined to apologise for everything he put her through and that’s exactly what he did. It was the most intimate conversation Brad and Jen have ever had. Jen was overcome with emotion. All the hurt feelings and resentment she’d suppressed for years came flooding to the surface, and she broke down in tears. He apologised to Jen for being an absentee husband, for being stoned and bored much of the time. He also made amends for leaving her for Angelina.”

After Jennifer and Brad’s separation, the actor became a parent to six children with Angelina – Maddox, Pax, Zahara, Shiloh, Knox and Vivienne – while Jen married Justin Theroux. Brad was last seen in The Lost City, in which he had a cameo appearance. The film starred Sandra Bullock and Channing Tatum in the lead roles. He will be seen next in Bullet Train, which will also star Joey King, Aaron Taylor-Johnson, Brian Tyree Henry, Andrew Koji and Hiroyuki Sanada.