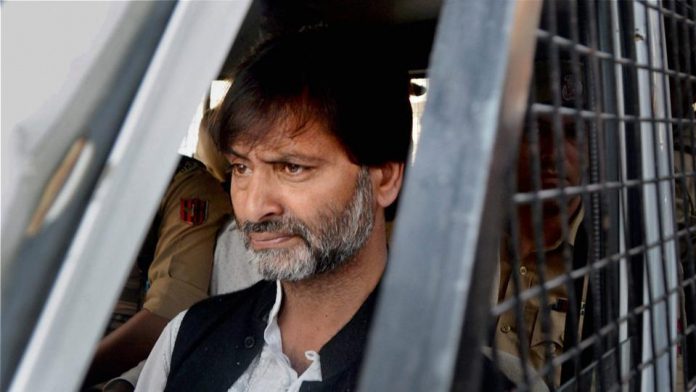 Prime Minister Shehbaz Sharif on Monday strongly condemned the conviction of prominent Hurriyat leader Muhammad Yasin Malik by the Indian court in a fictitious terrorism case. He said Pakistan rejected the Indian failed tactics against Yasin Malik who was a symbol of unparalleled bravery and freedom.

He urged the international community including the United Nations and the Human Rights Council to take note of India’s extra-judicial measures.

PM said the government of Pakistan would highlight India’s actions against Yasin Malik and other Kashmiri leadership at all international forums including the human rights bodies and the forum of the Organization of Islamic Cooperation.

PM further said similar to the illegal measures of August 5, 2019, the case against Yasin Malik was also unlawful and pointed out that India was following a deliberate plan to overthrow the real leadership representing the Kashmiris. He said the Indian government, which was afraid of the body of Syed Ali Geelani also feared Yasin Malik, a great symbol of Kashmir.

He mentioned that thousands of Kashmiri martyrs, including Ashraf Sehrai and his son, were the milestones of Kashmir’s plebiscite.

The prime minister termed all these martyrs a proof of the tyranny and brutality of the Indian Illegally Occupied Jammu and Kashmir (IIOJK), adding that the people of IIOJK could not be enslaved by India’s draconian laws against Kashmiris.

He paid tribute to the brave Kashmiris for their unparalleled struggle and immense sacrifices and called upon the international community to resolve the Jammu and Kashmir dispute in accordance with UN Security Council resolutions and the aspirations of Kashmiris.

He vowed that the government and people of Pakistan would continue to support the just struggle of the Kashmiris.