How the British royals relish their afternoon tea

* First, let's take a look at how it all started! 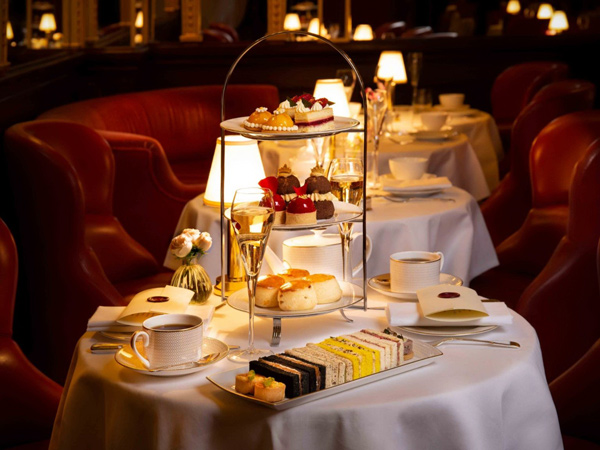 Afternoon tea is a popular British food tradition followed not just by the Britons but also the royal members.

While it may not be very relatable to the Indian public – since we’re more into evening snacks and chai – the Queen, the Dukes and the Duchesses in the British Royal family relish their age-old tradition.

First, let’s take a look at how it all started!

HOW ‘AFTERNOON TEA’ BECAME A BRITISH ROYAL TRADITION — the custom of tea drinking in England was popularised during the 1660s by King Charles II and his wife the Portuguese Infanta Catherine de Braganza. However, ‘afternoon tea’ as a concept was introduced by Anna Maria Russell, the seventh Duchess of Bedford in 1840. She was also one of Queen Victoria’s Ladies of the Bedchamber. And so it happened that the Duchess was hungry one day around four o’clock in the afternoon and since evening dinner was served much later around 8 o’clock, she called for a tray of tea, bread, butter and cake. This somehow turned into a daily ritual and the Duchess started inviting her friends over. Eventually, it became a social event and afternoon tea was served between four and five o’clock.

WHAT CONSTITUTES AN AFTERNOON TEA FOR THE ROYALS — according to royal experts, afternoon tea is served on a three-tiered cake stand, which is decorated with sandwiches, scones and a variety of cakes with tea. The traditional afternoon tea involved sandwiches, scones served with cream and jam and sweet pastries along with cakes. Royal butler Grant Harrold in an interview revealed that Queen Elizabeth holds afternoon tea on a daily basis and that her favourite teas include Assam and Earl Grey. Former royal chef Darren McGrady had also said that the Queen loves her finger sandwiches which are made with cucumber, egg and smoked salmon – all of course with the crusts off.

DOS & DONTS OF ENJOYING AFTERNOON TEA LIKE ROYAL MEMBER — since afternoon tea may be very new to most of you, Mark Hepton, resident afternoon tea expert at The Cairn Collection’s Stoke Place Hotel, lays down the details to master and enjoy an afternoon tea like a royal, reports the Daily Express. “While there are lots of savoury and sweet treats to sample at an afternoon tea, it’s royal etiquette to try each of the sandwiches first then move on to the rest,” he shares. Explaining how a scone is eaten, he says, “According to royal experts, at an afternoon tea the cream should always be spread on the scone first, followed by the jam.” “Avoid talking with your mouth full or taking large bites. “While it sounds like a no-brainer, small bites for food are key to royal afternoon tea etiquette,” he adds. Furthermore, the expert explains, “If you need to leave the table, always place your napkin on the chair and never on the table until you are finished with your tea service.”

‘QUEEN EATS WITH HER FINGERS’ — what may come as a surprise to all is that the Queen eats with her fingers, the afternoon tea expert reveals. “Instead of opting for a fancy knife and fork, put them down and enjoy the bite-sized finger food in true royal style,” he says.

THINGS TO KEEP IN MIND — lastly, Mark advises to keep the table “completely clear ready for tea service – this includes everything from phones, keys and sunglasses.” “According to royal experts, it’s bad etiquette to hold the teacup by the base. “Instead, make sure to hold it by the handle to display good manners,” he adds.