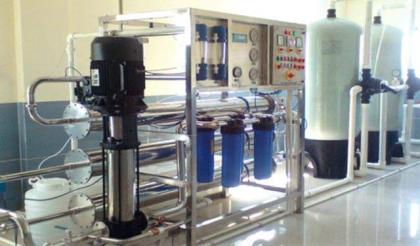 QUETTA: The Balochistan government has rehabilitated and restored 802 water filtration plants in the province to ensure quality drinking water to the masses.

He said the government had established water filtration plants in every district of the province to provide clean drinking water but they became out of order due to poor maintenance.

“Chief Minister Balochistan Mir Abdul Quddus Bizenjo has taken notice of water scarcity in the Pir Koh area of Dera Bugti,” said an official statement. “A special fund of Rs 10 million has been released to the Public Health Engineering (PHE) department to supply water to the area on an emergency basis. The provincial government would spend one billion rupees on the provision of a clean drinking water facility to the masses of the Dera Bugti area,” he added.

He said resolving the water issue was the top priority of the incumbent government.

The official said through restoration of water treatment plants, clean water would be available to all.

All available resources would be utilised for the early completion of clean water projects, he added.

He said the government had a target to install at least three new water purification plants in every city during the current financial year.

He said the government had announced a water emergency in the province and was taking immediate steps to start the projects to ensure provision of clean water.