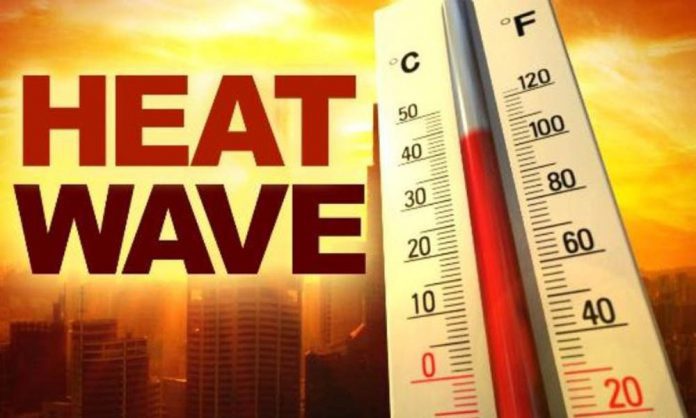 Mercury may rise to 50 C in certain areas of the province even temperature in coastal belt might cross the mark of 40, the met department forecast in a heatwave alert issued here on Tuesday. The most parts of the province are likely to remain in the grip of heat wave-like conditions for coming days after slight relief mainly due to dust storms and gusty winds following soaring temperatures across the country at beginning of the May.

On Tuesday the highest maximum temperature in °C was recorded at Jacobabad and Shaheed Benazirabad as high as 48 while at Larkana, Sakrand, Dadu, and Mohenjodaro at 46. Earlier in April weather remained sizzling hot in most of the province and the hottest day and night temperatures records have broken in number of cities during the month while rainfall remained largely below normal.

It was the warmest ever April since 1961 as national mean monthly temperature was 28.36 °C, being 4.05 °C warmer than monthly-average while night time (minimum) temperature remained 3.02 °C warmer than country-average of and mean maximum (daytime) temperature at country-level was 5.02 °C warmer than average. Continuous very hot and dry weather may cause water stress on water (reservoirs), crops, vegetable, and orchards besides increased energy and water demand.

Warning of heatstroke due to high temperature the met department advised general public to avoid unnecessary exposure to direct sunlight and take precautionary measures including special care for the needs of livestock and pets. Farmers are advised to manage crop water accordingly while judicious use of water is requested as well in all aspects of life.