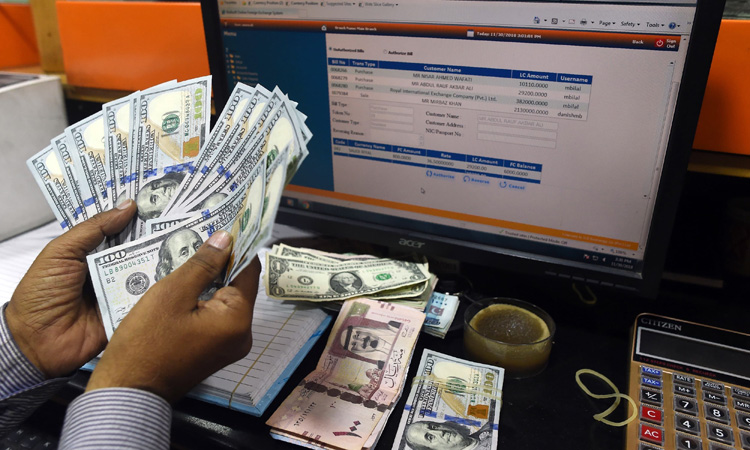 The Pakistani rupee continued to lose steam on the last business day of the week as today is the fourth consecutive day that the dollar has risen to a record high against the rupee.

The US dollar gained 1.23 paisas against the greenback in the interbank trading and crushing all hopes of the day by reaching Rs193.

The new price value of the US dollar is Rs193 all-time new high. The US dollar which was inches towards the Rs193 mark is all set to even cross this mark.

The dollar has risen to a record high against the rupee, with the international currency hitting a high of Rs188.66 in the interbank market on Tuesday, then soaring to Rs190.90 on Wednesday and rising past Rs192 on Thursday.

However, experts have urged the authorities concerned to bring some stabilization in the market with some good and positive news including possible IMF deal and financial assistance packages from brotherly and friendly countries.

Economists said that the payment of foreign loans and import bills put pressure on the Pakistani currency.