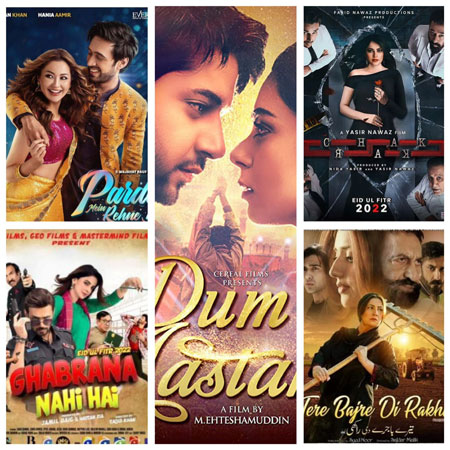 A number of film and TV actors of Pakistan have raised their voices against foreign content ‘hijacking’ the slots of Pakistani titles in cinema houses across the country.

Despite the local industry churning out as many as five movies this Eid-ul-Fitr, a majority of the cinema houses have taken down all the local titles without any notice to show the latest Marvel movie ‘Doctor Strange in the Multiverse of Madness’.

Several showbiz celebs have used their social media platforms to raise voices over the matter and extend their support for Pakistani cinema.

The veteran actor Adnan Siddiqui turned to the micro-blogging site Twitter on Monday to address Prime Minister Shahbaz Sharif and Federal Minister Maryam Aurangzeb. “Releasing Doctor Strange could have waited for a few days,” he complained.

“The last thing we need when the industry is finally opening up after two years is some foreign film hijacking our screens and relegating us in a corner,” the tweet read further.

‘Mere Humsafar’ actor Farhan Saeed voices support for the local talent and filmmakers as well. “In these difficult times post covid , I stand with all the Pakistani films makers who despite all the difficulties had the courage to come up with their movies and request the cinema owners not to prefer foreign content over local,” he tweeted.

YouTuber Arsalan Naseer had his take on the matter in a rather humorous manner.