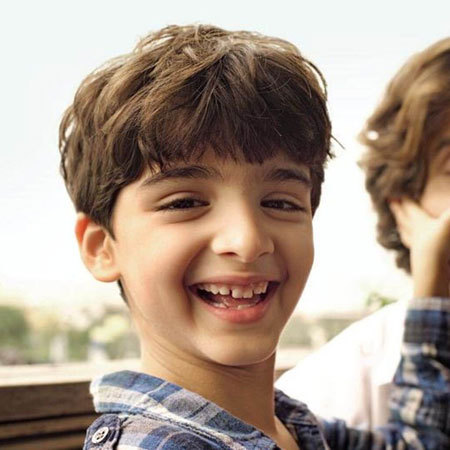 Hrithik Roshan is an amazing actor. He entered in the industry with the 2000 film Kaho Naa… Pyaar Hai and since then, there is no looking back for him. He has worked in several hit movies such as Krrish, War, Bang Bang, Dhoom 2, Super 30, and others. In his personal life, Hrithik is co-parenting his two sons, Hridaan and Hrehaan with his former wife Sussanne Khan.

On his son Hridaan’s 14th birthday, the Super 30 actor went on a lunch date with his kids and Sussanne. They were spotted in the city by the paparazzi. Hrithik wore a black t-shirt, denim jeans, and a denim shirt. He completed his look with a cap, sunglasses, and shoes. On the other hand, Sussanne donned her casual best for the outing. Their son Hridaan was also spotted by them. However, they did not stop to pose for the cameras.

Sussanne, who’s quite active on social media, also posted a picture from the birthday celebration on Instagram. The photo featured Hridaan, Hrehaan, and Hrithik. While sharing the picture, she wrote, “To our Sky full of Ridz… with a heart like yours and a soul so strong yet immensely gentle, we are lucky to celebrate you every day..happy 14th birthday beautiful boy..We love you the mostttt.” Sussanne’s rumoured boyfriend Arslan Goni too reacted to the post and commented, “Happy Birthday Ridz.”

Meanwhile, talking about his professional career, Hrithik has some interesting movies in the pipeline including the Bollywood remake of the Tamil neo-noir action-thriller Vikram Vedha with Saif Ali Khan, Radhika Apte, and Rohit Saraf. The movie is slated to release on September 30, 2022. Apart from this, he also has Siddarth Anand’s upcoming directorial Fighter which will mark his first collaboration with Deepika Padukone. The movie will release on September 28 next year.