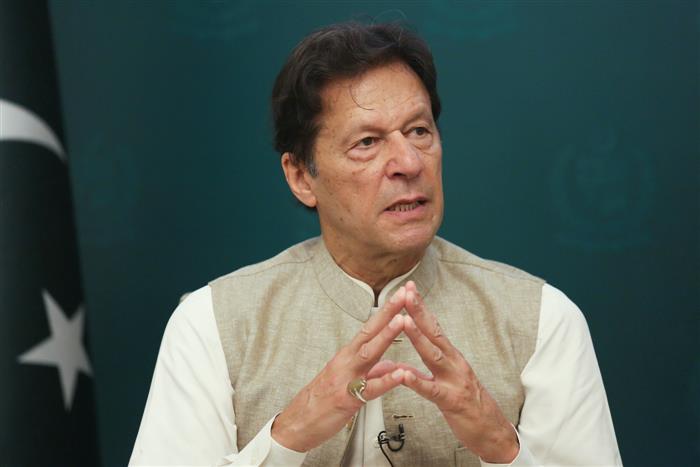 MULTAN: PTI Chairman Imran Khan Friday warned he would bring a white paper against the PML-N’s Sharif family, as he aims to escalate his anti-government campaign. Khan — on April 10 — became the first prime minister to be ousted from office through a no-confidence motion, following which, Shehbaz Sharif was elected as the new premier. In his address to a PTI workers’ convention in Multan, the party chairman said he would soon give a call for Islamabad to his supporters as “Mir Jaffars and Mir Sadiqs” were imposed on the country.

“We have to prepare each and every child in the country for our struggle towards an independent Pakistan. For this, we need to hold early elections,” the PTI chairman said.

Khan alleged Prime Minister Shehbaz was involved in corruption worth billions of rupees and claimed that since the PML-N president siphoned money abroad, he did not raise his voice against the Western powers.

“He will sacrifice national interest to safeguard his money. We will soon bring a white paper against the Sharif family and expose them in front of the people,” Khan said, asking his people to gather two million supporters in Islamabad when he gives the protest call.