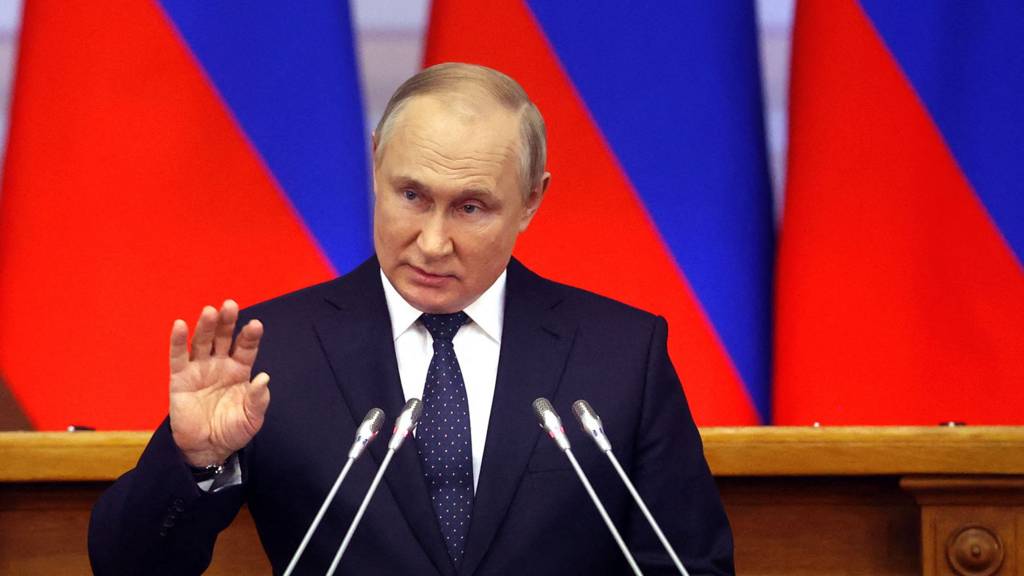 In a direct threat to the West, Russian President Vladimir Putin pledged “lightning” fast strikes on any nation that “interferes” with Russia’s war in Ukraine.

“If anyone ventures to intervene from the outside and [pose] unacceptable threats of a strategic nature to Russia, they should know that our counter-retaliatory strikes will take place with lightning speed,” he said.

Russia once faced international ire this week after it suggested Western support of Kyiv during Russia’s more than 60-day invasion could lead to nuclear warfare. But despite calls from nations like the US and UK to stop the aggressive rhetoric, Putin escalated the tough talk Wednesday.

“We have all the tools to do this. The kind that no one else can boast of right now,” he said alluding to Russia’s deployment of a hypersonic missile last month. “And we will not boast; we will use them if necessary. I want everyone to know that,” he continued. “All the decisions have been made in this regard.”

NATO nations and other allies pledged to continue to support Ukraine as Russia ramps up its second offensive in eastern and southern Ukraine, in what defence officials have warned will be an even more brutal fight.

Moscow has repeatedly defended its “special military operation” in Ukraine as an attempt to “denazify” certain regions – a claim Ukraine and the West have said is patently incorrect.

Russian forces have yet to make any major military advancements and Western nations this week said they would like to not only see Russia fail in Ukraine, but be incapacitated to the extent that it is unable to launch a similar offensive again.

But Putin doubled down on his efforts and told Russian lawmakers, “I want to emphasize again that all the tasks of the special military operation we are conducting in the Donbas and Ukraine, launched on Feb. 24, will be unconditionally fulfilled.”

Russia last extended its “special military operation” in Ukraine outside of the eastern Donbas and said it will seek “full control” over eastern Ukraine – giving it better leverage to next launch a campaign into neighbouring Moldova.