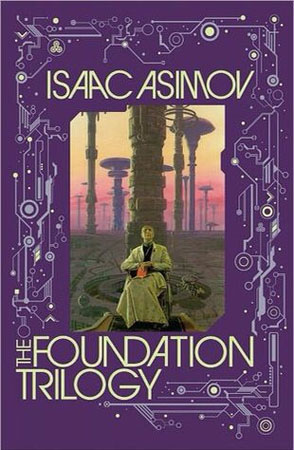 Science fiction began when centuries ago writers delved into writing fiction with strange ideas. Their setting and characters were either humans interacting with the technology of their times or they came in contact with alien lifeforms. In either case, there was a non-human entity in the story with the human characters using science to achieve their goals. Mary Shelly, George Orwell, HG Wells, Ursula K. Le Guin, Isaac Asimov, Frank Herbert, Arthur C. Clarke, Robert A. Heinlein, Philip K. Dick, and Ray Bradbury among others created science fiction worlds with human and alien characters alike.

Science fiction is a form of speculative fiction, however, it is a story that is affected or impacted by its characters using science and technology. Writers of science fiction imagine a world where science and technology have an impact on the social and political fabric of society. It is an alternate view of the society we live in that is governed by technology or the very essence of science and its attributes are embedded into the lifestyle. For instance, the universe in which Star Wars is set has science fused into the society and the time in which the story is set. Back to the Future is another example. The first part was set in 1985 but the presence of the time machine which is the modified version of the DeLorean by Doctor Emmett “Doc” Brown, made the characters Marty McFly and Doc Brown travel into 1955. The use of the time machine impacted the lives of McFly and Doc Brown and was seen as a literary device.

Moreover, science fiction writers use technology to foresee a future or an alternate setting of their present state which is also called extrapolation. It is a guess or a prediction that writers make about the future based on the events that occurred in the past or the ones happening in the present. Jules Verne’s novels are considered an early example of writers using extrapolation. Journey to the Center of the Earth is about Professor Otto Lidenbrock’s travels to the Earth’s center to find strange new places. Twenty Thousand Leagues Under the Seas is another of Verne’s novels where the characters explore the sea in Captain Nemo’s Nautilus, a fictional submarine. The first submarine was built in 1620 and Verne used the same concept and deduced that such a marine vehicle can be used for exploration purposes under the sea.

Science fiction also gave humans a chance to fictionally explore new areas in the universe. Star Trek, for instance, took the crew of the USS Enterprise to discover new civilizations. Star Wars, on the other hand, was a conflict between the Empire and the Rebellion. Science and technology were embedded into the story. Weapons such as Directed-energy weapons, projective weapons, and lightsabers among others are used in the Star Wars universe.

Science fiction stories are also characterized by the presence of space travel or traveling to distant planets. The Martian by Andy Weir, Foundation trilogy by Isaac Asimov, and The Moon is a Harsh Mistress by Robert A Heinlein are some examples of characters venturing into space or about civilizations present across the universe. Colonizing other planets more notably the Moon and Mars is also a theme of science fiction novels.

The Martian Chronicles by Ray Bradbury, Songs of Distant Earth by Arthur C Clarke and the Mars series by Kim Stanley Robinson are some examples of stories of colonizing other planets. Science fiction literature will continue to surprise the readers and send them into a world of imagination where an alternate reality prevails.