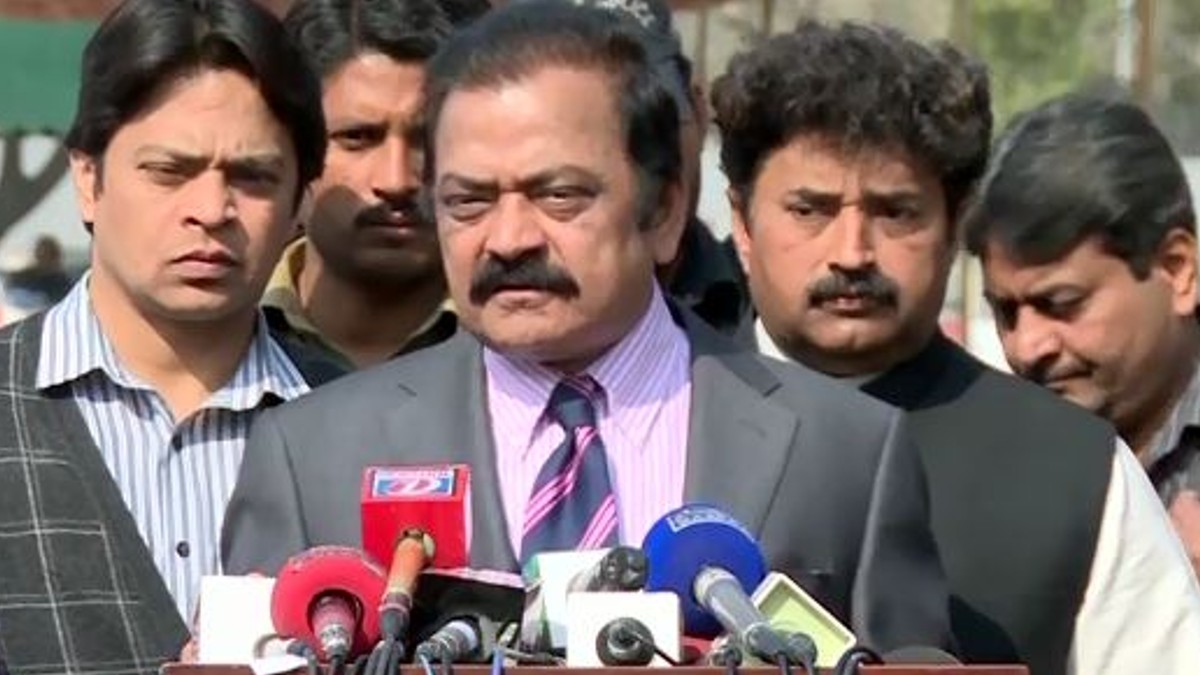 FAISALABAD: Federal Minister for Interior Rana Sanaullah Khan said that Imran Khan had not only destabilized the national economy but also ruined the country, therefore, he was removed from power in a constitutional manner and now he would be rejected badly in the next general elections.

While talking to the media, he said that Imran Khan had adopted the politics of victimization and used negative propaganda against his political opponents just for his nefarious designs. “However, we would not victimise anyone or put him in jail in revenge at all”, he added.

He said that Imran Khan was an arrogant person and he also cheated his loyalists due to which his supporters rejected him badly in the assembly. He said that the public meeting of Imran Khan held in Lahore on Thursday (April 21) was totally a flop show as he had lost his credibility in the general public.

However, his public rally of 2011 was three times bigger than the recent public meeting. “Actually, Aleem Khan like persons arranged 2011 rally for Imran Khan which remained successful, but now Aleem Khan also rejected him (Imran Khan)”, he said and added that now the people would reject him in the general elections.

Rana Sanaullah said that Imran Khan befooled the people by trumping a tune that he would establish a new welfare state like Riyasat-e-Madina but on the other hands, he enforced price hikes, unemployment and poverty on the masses.

He said that Imran Khan’s government was the outcome of rigging and the ineligible remained in power for the last 3.5 years. Imran and his team badly failed to serve the masses rather they put their entire energies on corruption, negative propaganda and victimisation of their political opponents.

In this connection, they also used social media openly, he alleged. Now, Imran and his fan club were pretending that America hatched a conspiracy to abolish his government, but in fact, supporting members of PTI rejected Khan due to his bad deeds, he added.

He said that Imran Khan was well aware that his supporters were angry with him. Hence, there was no need of any conspiracy to end his government. He said that Imran Khan and Usman Buzdar both were involved in corruption through their touts, adding that now they should be ready to face the music in the next elections.

He said that PML-N would introduce reforms for national progress and prosperity in a democratic way. “We will also try our optimum best to control price hike first to provide maximum relief to the masses”, he added.

Rana Sanaullah said that PML-N would make whatever reforms the Election Commission of Pakistan (ECP) wanted. He said the ECP had stated before the court that it had required seven months for arranging fresh elections and PML-N was ready to provide the required facilities to the election commission in this regard. PML-N leaders and assembly members were also present.