A story of many stories — Part 2 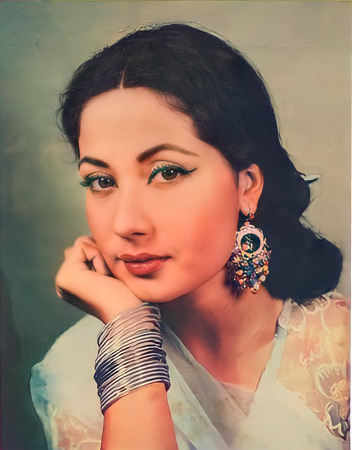 This is a continuing story, from where we left off in February with Part 1. We also pick it up at the perfect place where we left, as we observe the “Tragedy Queen” Meena Kumari’s 50th death Anniversary on March 31.

MEENA KUMARI — born Mahjabeen Bano, in a family of poor theatre artists in Mumbai, namely Master Ali Bux and Iqbal Begum, the public first fell in love with her in Baiju Bawra. She went on to do 92 films such as Naya Andaz, Sahib Bibi Aur Ghulam, Aarti, Parineeta, Dil Apna Aur Preet Parai, Dil Ek Mandir, Kajal and her magnum opus Pakeezah, directed by her husband Kamal Amrohi, with whom she split in 1964.

Meena was always something of an emotional gypsy, relying increasingly on the shoulders offered by intimate strangers, from Dharmendra to Gulzar, giving herself away, with only the friendly bottle left to help dull the senses. Earning for herself the unchallenged mantle of “Tragedy Queen”, she was also an accomplished Urdu poet, who wrote under the pen name Naaz. I write, I recite – an album of her poems recited in her own voice released in 1971, for which Khayyam gave the music. Tanha Chand (Lonely Moon), a collection of Meena Kumari’s poems compiled by Gulzar, was published after her death on March 31, 1972.

MADHUBALA — when Mumtaz Jehan Begum, born on Valentine’s Day 1933, became famous as the celebrated Madhubala, superlatives like The Venus of the Indian screen, the love goddess etc were heard often. She had quickly progressed to leading roles in late 1940s, earning success with Neel Kamal the horror film Mahal, Badal and Tarana. Madhubala became a household name with her roles in Mr & Mrs 55 and Chalti Ka Naam Gadi, Howrah Bridge and Kala Pani and Barsaat Ki Raat.

What was Pakeezah to Meena Kumari, Mughal-e-Azam was to Madhubala-the highest-grossing film in India at that time-which earned her widespread acclaim and a nomination for a Filmfare award. Her performance has since been described by critics as one of the finest in Indian cinematic history. She worked sporadically in the 1960s, making her final appearance in Sharabi. 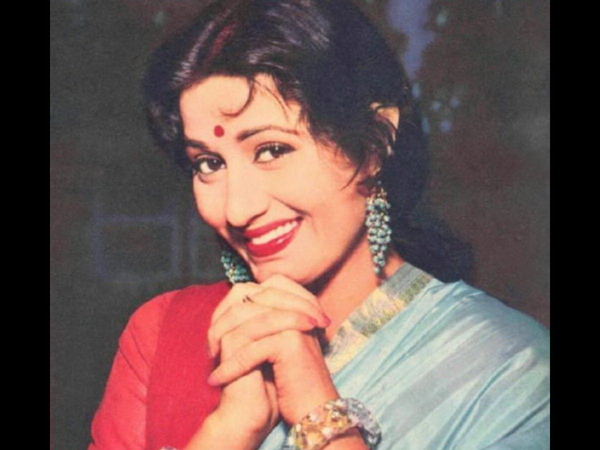 Despite maintaining strong privacy, Madhubala earned significant media coverage for her relationship with Dilip Kumar and a loveless marriage with Kishore Kumar. She suffered from a heart condition, ultimately leading to her premature death in 1969. Madhubala had the shortest career among her contemporaries, but by the time she left the stage, her name had already been included among the luminaries.

NIMMI — she was Nawab Bano before Raj Kapoor changed her name to Nimmi. She achieved stardom in the 1950s and early 1960s and was one of the leading actresses of the “golden era” of Hindi cinema. While she gained popularity by playing spirited village belle characters, she has appeared in diverse genres such as fantasy and social films. Her best performances are considered to be in Sazaa, India’s first technicolour film Aan, Uran Khatola, Basant Bahar, Bhai-Bhai, Kundan, Mere Mehboob, Pooja Ke Phool and Akashdeep.

Nimmi was born in Agra to a Muslim family. Her mother was a singer and an actress, known as Wahidan who was well connected within the film industry. Nimmi’s father, Abdul Hakim, worked as a military contractor, lived in Meerut and had another family. When Nimmi was only eleven, her mother suddenly died and circumstances led her to Bombay, where she met Raj Kapoor, who got her into Barsaat. She married Syed Ali Raza in 1965. The rest, as they say, is history.

KUM KUM — Kum Kum was discovered by Guru Dutt and started with a bang with the evergreen title song Kabhi Aar Kabhi Paar for his movie Aar Paar picturised on her. Another megahit Yeh Hai Bombay Meri Jaan from CID, sung by Geeta Dutt, was also picturized on her.

If a quiz was to be created to ask about the most versatile actress of Bollywood – the one who has played the role of a lover, mother, sister, aunt, dancer, friend, neighbour, singer – just about anything, it would have to be Kum Kum. She acted in approximately 115 films during her career and is best known for her roles in Mr X in Bombay, Mother India, Son of India, Kohinoor, Naya Daur, Shreeman Funtoosh, Ek Sapera Ek Lutera, Ganga Ki Lehren, Aankhen,, Lalkaar, Geet and Ek Kunwara Ek Kunwari. She paired with many film heroes of her era and was especially popular in roles with Kishore Kumar.

Kumkum was born Zaibunnisa, in a highly respected Muslim family to Nawab Manzoor Hasan of Hussainabad, Bihar and mother Khursheed Bano. She left the industry after getting married to Sajjad Akbar Khan in 1975, moving to Saudi Arabia where he was working. They returned to India in 1995.

The couple was blessed with a daughter Andaleeb Khan. It is an honour just to say that she was related to the author.

The story continues in Part 3.