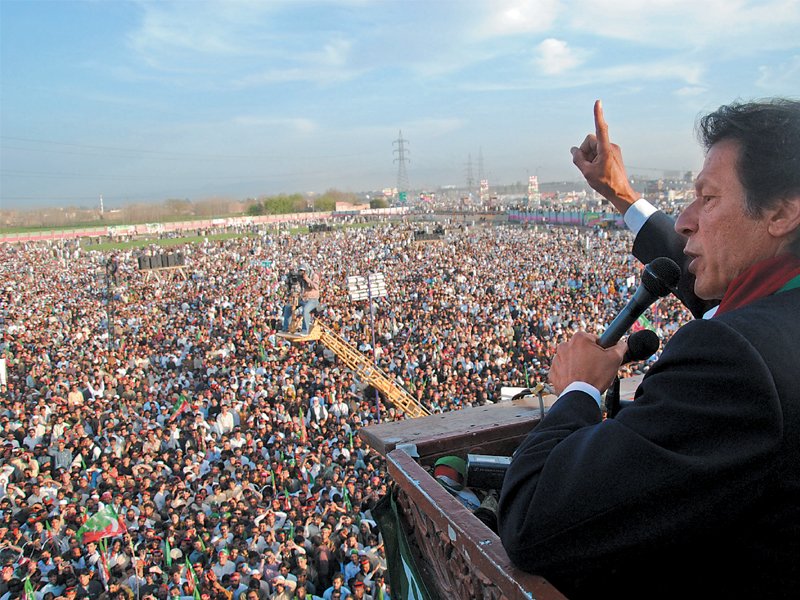 LAHORE: PTI Chairman Imran Khan, who is all set to address his first rally in Lahore today after being ousted from the PM Office, has received two security alerts ahead of the event, sources reported.

The district administration has advised the former prime minister to use a bulletproof vehicle with a sunroof and windows shut to move to and from the venue of the rally, Minar-e-Pakistan.

The deputy commissioner has even advised the former prime minister not to visit Minar-e-Pakistan and address the public meeting over the phone, and if he does, the dais for his address must be shielded with a bulletproof glass screen.

However, the PTI did not alter its plan and announced that the rally will start at 8 pm as scheduled.

The PTI has been asked to install a backup electricity generator to avoid any untoward incident in case of a power shutdown.

In the light of further security concerns district administration also advised the organisers of the public gathering to ensure that unidentified persons are not allowed entry to the venue.

It is to be noted that PTI had held successful power shows at Minar-e-Pakistan and the one held on October 30, 2011, became the turning point in its struggle after which this party emerged as a major political force in the country.