Sam Asghari teases gender of his baby with Britney Spears 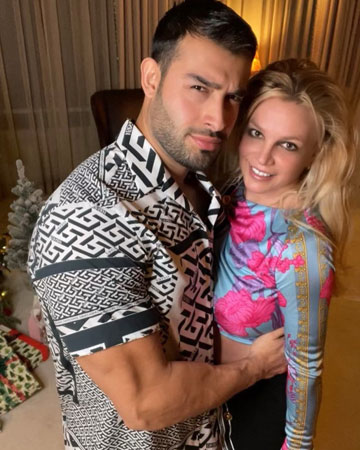 Britney Spears’ beau Sam Asghari has been creating massive buzz among fans who think the actor has spilt the beans on the gender of his baby with the Toxic singer.

The 28-year-old actor dropped an Easter-themed video on Instagram on April 17 as the parents-to-be shared a casual update on pregnancy with fans.

“I am pregnant with a baby… an Easter baby,” he said before he asked Spears, “What is it? What am I pregnant with?”

The 40-year-old singer replied, “A boy or a girl” while sharing a glimpse at the festive-themed gifts the couple has purchased for ‘her’. The couple, however, hasn’t confirmed the gender of their upcoming offspring after announcing pregnancy earlier this month,

“Marriage and kids are a natural part of a strong relationship filled with love and respect,” Asghari expressed.

“Fatherhood is something I have always looked forward to and I don’t take it lightly. It is the most important job I will ever do,” he added.