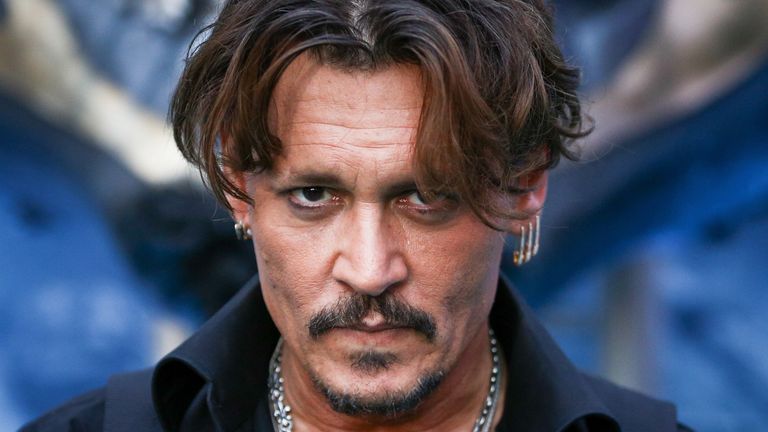 The 58-year-old actor told Dr David Kipper that Amber was using him for fame and success in her career.

In the text messages that unfolded in Virginia court, the Pirates of The Caribbean star writes: “Hi f**k man had another one. I cannot live like this. She is as full of s*** as a Christmas Goose.”

He continued: “I’m done. NO MORE!!!! Constant insults released from a malicious evil and vindictive c**t!!!!!

“You know what’s far more hurtful than her venomous and degrading educational ranting???

“Her hideously and purposely hurtful tirades and her goddamn shocking treatment of the man she was meant to love above all.”

Depp’s texts continued: “Here’s the real deal mate…her obsession with herself is far more important. She is so f***ing ambitious!!!!

“She’s so desperate for success and fame. That’s probably why I was acquired, mate. She has hammered me with what a sad old man has been I am.

Dr Kipper later mentioned that during his in-person sessions with the couple, Amber never insinuated that Johnny was violent.

“Amber has a strong family history of drug and alcohol abuse and is particularly sensitive to his (Depp’s behaviours and potential for abuse).”

Dr Kipper explained that by “particularly sensitive” he meant: “Having grown up in that environment she’s used to seeing the trauma that it inflicts and is not only able to recognise it but also it affects her. She has the ability to understand what that looks like.”

Johnny Depp is suing his ex-wife for libel and is seeking $50 million over a writing piece, where she confessed to being subject to domestic violence in Washington Post in 2018.