On April 8, in Lahore, an anti-terrorism court awarded a combined sentence of 33 years imprisonment to the Chief of the banned Jamaat-ud Dawa (JuD) Hafiz Muhammad Saeed in two cases of terror financing. In both cases, the court also imposed a collective fine of Rs 340,000. The Counter-Terrorism Department (CTD) had registered the cases in 2019 under various sections of the Anti-Terrorism Act (ATA) of 1997.
Whereas the non-profit organisations were banned in April 2019, the allegation was that the JuD was financing terrorism from massive funds collected through non-profit organizations and trusts such as the Al-Anfaal Trust, and Dawat-ul Irshad Trust, Muaz bin Jabal Trust, etc. The court declared that the presented evidence regarding his role in collecting funds for terrorist activities was tangible and convincing. Since 3 July 2019, under the charges of terror financing and money laundering, around 13 leaders of the JuD have been under detention in five cities of Punjab. On charges of terror financing, the CTD arrested Hafiz Saeed in Gujranwala on 17 July 2019. Trial courts have been deciding these cases. The major stance of the detained leaders of the JuD has been that they are implicated in the cases by wrongly drawing in as leaders of the Lashkar-e Taiba (LeT), which was banned in 2002.
The original dispute revolved around the LeT which was founded by Hafiz Saeed in 1987 in Muridke, near Lahore. The belief that militant Islam could offer freedom to the oppressed Muslims in the world had gained currency, especially in the wake of the Soviet-Afghan war. In the disintegration of the Soviet Union, some Pakistanis discovered a message of engaging with India in the hilly terrain of Indian-occupied Kashmir. The underlying assumption was that mere war-skilled manpower could work wonders. Veteran militants called jihadis were abundant and ready to lay down their lives for a consecrated cause. They wanted to liberate and merge Indian-occupied Kashmir with Pakistan. Consequently, the LeT remained involved in Jihad-e-Kashmir for years. In the meantime, on 1 October 2001, militants of the Jaish-e Muhammad (JeM) of Maulana Masood Azhar attacked the Kashmir Parliament in Srinagar. This attack failed to seek much attention because it preceded the horrible attack on Twin Towers in the United States.

The resurgence of the LeT in the form of the JuD and then the MML was worrisome for the world focusing on terror financing and terror peddling.

9/11 made the world realize the potential of disgruntled elements acting as Islamic militants to achieve their objectives in their imagined way. Neither did they need the approval of society nor did they require consent from the state. Hence, when militants of LeT and JeM together attacked the Indian Parliament on 13 December 2001, pressure came on Pakistan. With that, the era of freedom fighters was over. On 12 January 2002, Pakistan’s President General Pervez Musharraf was constrained to address the nation. In his speech, he declared to eradicate terrorist camps from the land of Pakistan, made a pledge not to permit Pakistan’s land to be used for terrorist activities, and banned such organizations waging Jihad in Indian-occupied Kashmir. Though belated, this was a major turnaround Pakistan had to make owing to the activities of its non-state actors. With that, the era of proxy war in South Asia was also over.
The Mumbai attacks of November 2008 brought the LeT once again into the limelight. The potential of the LeT was weighed up: if the LeT could manage terrorist attacks in Mumbai with impunity, it could repeat the same elsewhere. India blamed Hafiz Saeed as the mastermind of the Mumbai attacks (26/11). Pakistan avoided taking any direct responsibility for instigating or permitting such a heinous crime. Initially, Pakistan disowned the confessional statement of the lone survived assailant, Ajmal Kasab, but on 7 January 2009, Pakistan’s National Security Adviser Major General (retired) Mahmud Ali Durrani admitted that Kasab hailed from Okara, Pakistan.
Several times, Hafiz Saeed was found uttering his determination to settle the Kashmir issue. His utterances reinforced the allegation that the LeT was involved in across the border terrorism. In December 2008, Saeed was listed under UNSC resolution 1267, which made it obligatory for all member states to implement measures of the asset freeze, targeted financial sanctions, an arms embargo and travel ban on both individuals and entities designated on the sanctioned list. Further, the UNSC resolution 1373 required member states to implement counter-terrorism measures, especially countering the financing of terrorism through domestic laws. Nevertheless, written by Rommel Rodrigues and published in 2010, the book, “Kasab: The face of 26/11” remained a revealing read. On 12 November 2012, though Kasab was sentenced to death and executed by hanging, the accusing finger was pointed at the role of Pakistan. On 6 March 2017, at the 19th Asian Security Conference arranged by the Institute of Defence Studies and Analyses in New Delhi, General Durrani also admitted that the Mumbai attacks were the handiwork of non-state actors residing in Pakistan.
The world remained wary of Pakistan’s resolve to punish Hafiz Saeed, who was considered a known non-state actor. On 7 August 2017, certain elements tried to mainstream the efforts of Hafiz Saeed by founding a political party, the Milli Muslim League (MML). The resurgence of the LeT in the form of the JuD and then the MML was worrisome for the world focusing on terror financing and terror peddling. One such watchdog was the Financial Action Task Force (FATF), which could be useful for uncoupling Hafiz Saeed from finances. The idea was not only to neutralize him but also to punish him for his past deeds. On 12 October 2017, the Election Commission of Pakistan refused to permit the MML to contest elections. In June 2018, the FATF put Pakistan on the grey list and gave Pakistan 27 points to act on to come out of the list.
Before Pakistan could come out of the grey list, on 23 June 2021, a bomb blast outside the residence of Hafiz Saeed in Lahore invited the attention of all towards the suspicion that he was at home instead of being in prison. Supposedly, the state was found complicit.

It is yet to be seen how serious Pakistan takes the issue of Hafiz Saeed this time and how many days he spends behind the bar.

The writer is an analyst on national security and counter-terrorism. She tweets @TA_Ranjha. 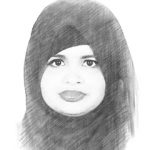 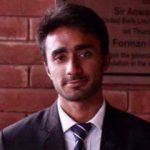