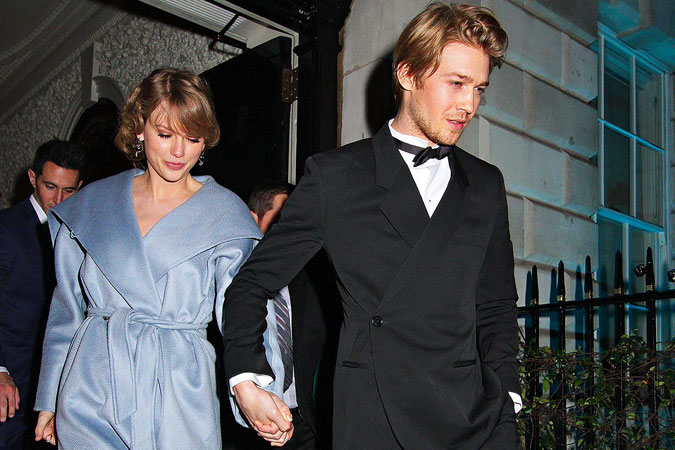 Joe Alwyn knows the value of privacy all too well, especially when it comes to his romance with Taylor Swift. The British actor recently explained to Elle why he and his girlfriend keep their relationship under wraps. “It’s not really want to be guarded and private, it’s more a response to something else,” Joe explained. “We live in a culture that is so increasingly intrusive. The more you give and frankly, even if you don’t give it, something will be taken.”

While the pair, dating since 2016, are no stranger to fame, the two rarely bring their romance into the spotlight with them. In fact, the couple has only made a few public appearances together.

However, Joe did a give a glimpse into how he feels about Taylor while discussing his Conversations with Friends character-who is in an open relationship-in February. The 12-part series, based on the bestseller by Irish novelist Sally Rooney, is set to debut on Hulu May 15.

“I think people can do what they want and makes them happy,” Joe said. “I’m obviously happy in a monogamous relationship.”

For her part, Taylor touched on their low-key relationship while in a conversation with Paul McCartney for Rolling Stone in November 2020.

The “Love Story” singer noted that she has made conscious choices to maintain their privacy as a couple.

“I think that in knowing him and being in the relationship I am in now, I have definitely made decisions that have made my life feel more like a real life and less like just a storyline to be commented on in tabloids,” Taylor said. “Whether that’s deciding where to live, who to hang out with, when to not take a picture-the idea of privacy feels so strange to try to explain, but it’s really just trying to find bits of normalcy.”