341 dead in S.Africa floods as hunt for survivors widens 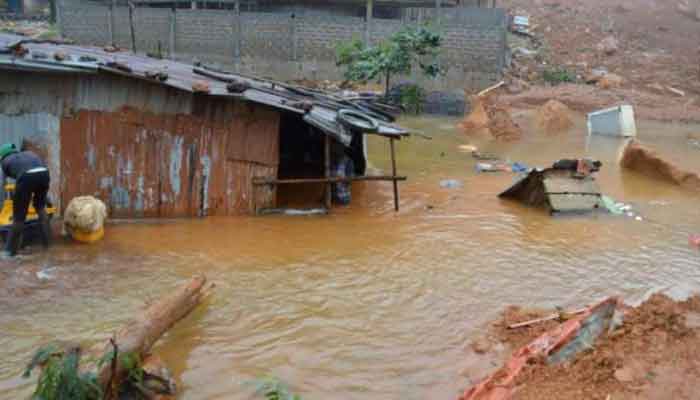 Durban, South Africa: The death toll from South Africa’s “unprecedented” floods climbed to 341 on Thursday as helicopters fanned out across the southeastern city of Durban in an increasingly desperate search for survivors.

With roads and bridges washed away by freak rainfall this week, rescuers battled to deliver supplies across the city, where some residents have been without power or water since Monday.

“The level of devastation of human life, infrastructure, and service delivery network in the province is unprecedented,” said Sihle Zikalala, the premier of KwaZulu-Natal province.

“A total number of 40,723 people have been affected. Sadly, 341 fatalities have been recorded,” he told a news conference.

At a small airport north of Durban, helicopters carried rescuers in and out. The air support was pulled from the military and police, but also a fleet of volunteers, private contractors and schools.

But one day after the rains finally subsided, fewer survivors were being found, said Travis Trower, a director for the volunteer-run organization Rescue South Africa. From 85 calls on Thursday, he said his teams had found only corpses.

“It’s unfortunate, but we do the best we can for as many people as we can,” he said. The government has given no indication of how many people are missing. Zikalala predicted that the bill for damage will run into billions of rand (hundreds of millions of dollars, euros)

President Cyril Ramaphosa has declared the region a state of disaster to unlock relief funds. Authorities said they had established 17 shelters to accommodate over 2,100 displaced people.

Entering their fourth day without power or water, Durban’s poorest residents lined up on Thursday to collect water from burst pipes and dug through layers of mud to retrieve their few possessions.

There was a sense of despair amid the stench of sewage, growing stronger as the rains which wrought so much devastation stopped and the tropical heat returned.

Sporadic protests erupted in some areas over slow restoration of services and a lack of relief. Durban’s city government appealed for patience.

“We understand the frustration and anxiety of our residents,” it said in a statement. “We are working as quickly as we can. Our teams are hard at work to resume services. However, it may take a while to fully restore all services because of the extent of the damage to access roads.”

The government of KwaZulu-Natal province has also put out a public call for aid, urging people to donate non-perishable food, bottled water, clothes and blankets.

But many survivors said they had been left to fend for themselves. In Amaoti, a township north of Durban, residents balanced precariously on the embankment of a collapsed road, trying to fetch clean water from a broken pipe underneath.

“We don’t have water, there is no electricity… people from (everywhere) are coming to get water,” Thabani Mgoni, 38, told AFP in the midst of the crowd.

Philisiwe Mfeka, a 78-year-old grandmother, said her water supply stopped on Tuesday. Even water from the fractured pipe was being rationed to one bucket per person, with children, some as young as 10, coming to fetch one bucket each.

At a riverside, families washed what clothes they could recover in muddy water, amid severed pipes that poked from the earth.