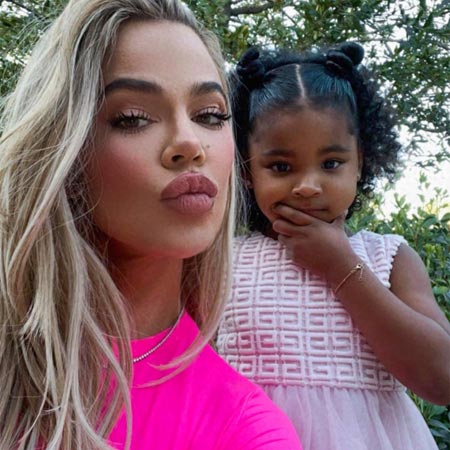 It truly is a small world after all.? ?Just months after True Thompson was seen hanging out at Disneyland, Khloe Kardashian accidentally let it slip that the then 3-year-old was actually not there.

In celebration of True’s 4th birthday on April 12, the mommy-daughter duo hit up the world-famous theme park in California, with Khloe telling fans in an Instagram Story post that it was True’s “first time” at the Happiest Place on Earth and that they were going on the “It’s a Small World” ride to kick things off.? ?And as adorable as that sounds, it had fans raising eyebrows immediately, since Khloe’s sister Kim Kardashian shared photos of her daughter Chicago West, alongside True, at Disneyland in December 2021. Social media users were already suspicious of True’s placement in the photos-with some saying that the photo was “giving copy paste”-but now their hunch was proved to be, uh, true.? ?As for what Khloe had to say about letting the cat of the bag after someone tweeted that “people have questions?”

“Welllppp, I this one up,” she responded. “Anyways…let’s focus on something else.”

But, that’s easier said than done, since social media users quickly returned to Kim’s original post to chime in about the latest development. “Came here just to say WHY Kim,” one person wrote. Another added, “Saw her story and hopped straight over here to see if we had an explanation to this photo yet. Love you Kim but whatttt lol.”

However, now that dreams have become True’s reality, some could even argue that those year-end pics were simply a manifestation.