US Secretary of State congratulates Shahbaz on becoming PM 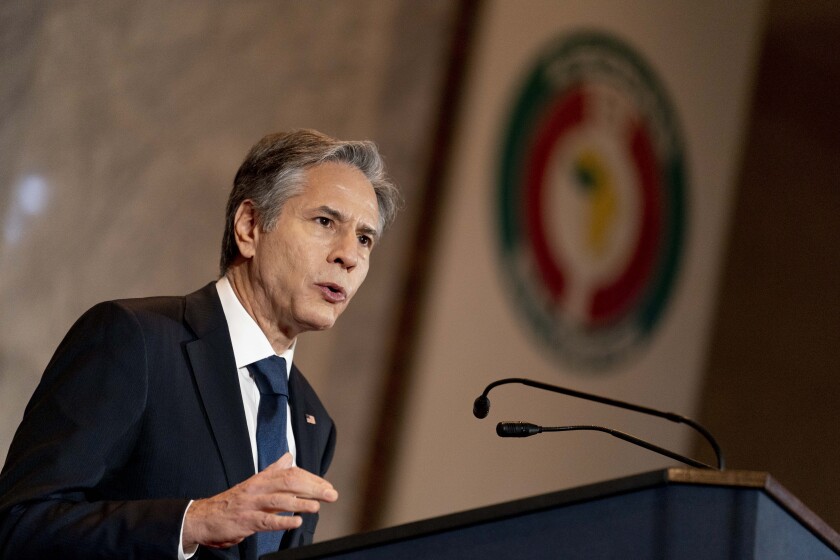 US Secretary of State Antony Blinken congratulated Shehbaz Sharif on his election as Pakistan’s new Prime Minister on Thursday.

Shehbaz took oath as Pakistan’s 23rd Prime Minister on Sunday, after being elected by the joint opposition following the ouster of PTI Chairman Imran Khan via a no-confidence motion.

PM Shehbaz received 174 votes to PTI’s Shah Mehmood Qureshi’s 0 votes, as his party boycotted the election and decided to resign from the National Assemblies.

US Secretary of State Antony Blinken congratulated Prime Minister Shahbaz Sharif in the early hours of Thursday and pledged to continue working with the new Pakistan government.

“For nearly 75 years, Pakistan has been an important partner on a wide range of mutual interests, and we value our relationship.” The United States congratulates newly-elected Pakistani Prime Minister Shehbaz Sharif, and the US State Department stated, “We look forward to continuing our long-standing cooperation with Pakistan’s government.”

“The United States views a strong, prosperous, and democratic Pakistan as essential for the interests of both our countries,” Blinken added in his statement.

According to Pentagon Press Secretary John Kirby, the United States and Pakistan have common interests in terms of security and stability. “We recognize Pakistan’s importance in the region.”

Kirby ruled out any US military involvement in Pakistan, saying that the US recognizes that Pakistan and its people are victims of terrorist attacks “within their own country.”

“I don’t think the US military will be involved in this. And I’m not going to get involved in Pakistan’s internal politics again “During a press conference, he told a journalist.