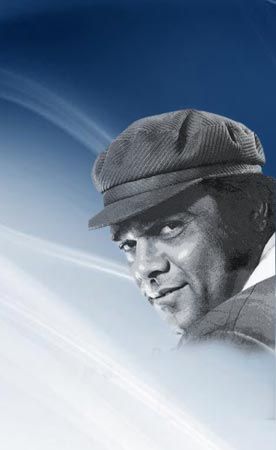 The 39th death anniversary of legendary Pakistani playback singer Ahmed Rushdi is being observed on Monday, it was reported.

The renowned singer of sub-continent started his career from Radio Pakistan and went on to record the highest number of film songs in the history of Pakistani cinema in Urdu, English, Punjabi, Bengali, Sindhi and Gujarati languages

Ahmed Rushdi found unprecedented success as a playback artist from the mid-1950s to early 1980s.

Considered as the first pop star from South Asia, his song ‘Ko-Ko-Korina’ filmed on Waheed Murad is one of the most well-known tunes in Pakistan’s history.

Rushdi died of a heart attack at the age of 48 on April 11, 1983. He was considered as a key contributor to the golden age of Pakistani film music.

Twenty years after his death, then President Pervez Musharraf awarded him the Sitara-e-Imtiaz in 2003.