Babar Azam crowned ICC Player of the Month for March 2022 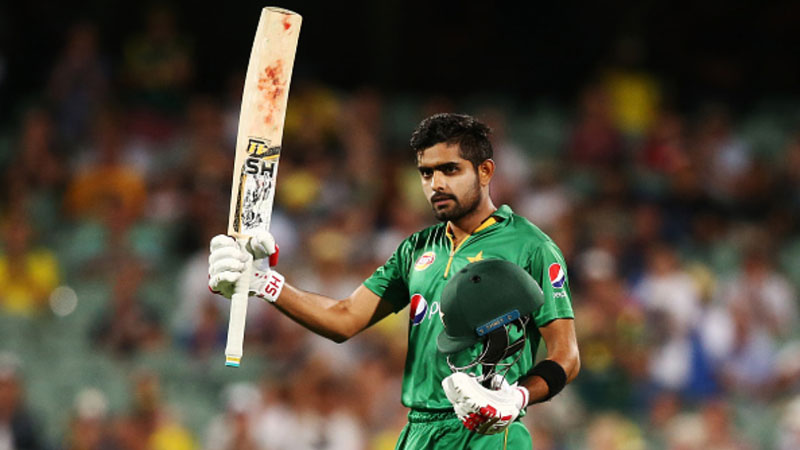 LAHORE: The International Cricket Council (ICC) on Monday announced that Pakistan’s superstar skipper Babar Azam, and Australia’s run-machine Rachael Haynes have been named the ICC Men’s and Women’s Players of the Month for March 2022. Azam scoops the Men’s award following a number of thrilling batting displays in Pakistan’s multi-format series against Australia. Amassing 390 runs in the pulsating Test series, his supreme contribution was highlighted by his record-breaking innings of 196 in the second Test, salvaging a draw for his side against the odds on the final day in Karachi. At the forefront of his side’s batting outfit, his exploits during the subsequent ODI battles that took place in March also cemented his claim as the standout player in international cricket during the month. Scores of 57 and 114 – the latter helping his side chase down an imposing 349 set by Australia, saw him as a constant threat to an otherwise formidable bowling attack. Azam receives the award ahead of fellow nominees Kraigg Brathwaite (West Indies) and Pat Cummins (Australia), and in doing so, becomes the first player to win the ICC Men’s Player of the Month award on two occasions, after being crowned back in April 2021.

Speaking about Babar’s phenomenal performances in March, member of the voting panel and former West Indies international Daren Ganga said, “Babar wins this award not only because of the significant glut of runs scored during the Pakistan v Australia tour, but also because his success with the bat across formats. Being able to fulfil the burden of expectation as a captain and batter for Pakistan as host to an Australian team visiting after 24 years is a monumental achievement.”

Rachael Haynes celebrates becoming the ICC Women’s Player of the Month following a formidable set of displays on the road to Australia’s seventh ICC Women’s Cricket World Cup trophy. Scoring 429 priceless runs in eight matches at an average of 61.28, her extraordinary feats at the top of the order proved crucial to her side’s unbeaten run to the final, where they subsequently overcame England to cap a thrilling tournament. Her accomplishments at the crease throughout the month laid the foundations for her team to set imposing totals and chase down big targets, and were made even more impressive by her ability to perform during pivotal times. Her 130 against England in the opening game set the tone for a dominant unbeaten run to the final, while her other standout performance came in the form of a classy 85 during the semi-final win against the West Indies.

In securing this month’s award, she overcomes fellow nominees Sophie Ecclestone (England) and Laura Wolvaardt (South Africa) following their outstanding displays with both bat and ball in the ICC Women’s Cricket World Cup in New Zealand. “Rachael Haynes has displayed tremendous consistency for Australia,” remarked Sana Mir, the former Pakistan international and ICC Player of the Month voting panel member. “She set the tone for the tournament with a big hundred in their first game and her contributions throughout the ICC Women’s Cricket World Cup set a platform for the other batters to build on. Haynes is a quality batter and a leader in women’s game.”