* The controversy erupted after model Manal Saleem shared on Instagram her experience of working with an 'entitled' actor, who insulted her and made her feel small at a shoot 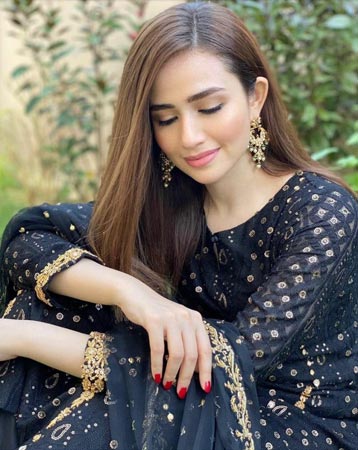 In what may come as a blow to actor Sana Javed, who had claimed that she was the subject of a carefully orchestrated smear campaign by her co-workers, the top investigative body which probes cybercrime has stated that it found no evidence of a planned smear campaign against her.

Last month, Javed had been accused by some of her co-workers, including other models and make-up artists of her extremely rude and exploitative behaviour.

The controversy erupted after model Manal Saleem shared on Instagram her experience of working with an “entitled” actor, who insulted her and made her feel small at a shoot.

This sparked a storm on social media with make-up artists and even production assistants coming out and sharing their less-than-pleasant experiences of having worked with Javed.

The 29-year-old Aye Mushte Khaak actor decided to take the legal route against what she termed was a “proper planned smear campaign” initiated by a group of individuals which caused “severe trauma” to her and her family.

In a post on her official Instagram account, Javed rejected the allegations and that she had been subjected to all sorts of lies and fabricated stories, bullying, hate speech and threats.

She added that she was shocked to see how “toxic people can be and how quickly everyone jumps on a bandwagon without knowing all the facts”.

Terming the allegations as just one side of the story, she refused to share her own side and instead chose to take the matter forward by filing a complaint with the Federal Investigation Agency (FIA) Cyber Crime Wing in Karachi. She also sent a legal notice to Saleem.

Javed had further vowed to pursue all legal options against this “group of people” whom she accused of targeting her.

A picture of her with FIA Sindh Cyber Crime chief Imran Riaz was also posted on social media after she had filed a report along with her lawyer and husband Umair Jaswal.

But on Friday, Riaz posted on his social media that his office had completed investigations into the cyber defamation complaint filed by Javed.

“The complaint filed by Actress Sana Javed against her cyber defamation has been closed,” Riaz said, adding that his legal team had closely scrutinized the evidence provided by Javed.

“The content found was about sharing of personal experiences of different co-workers while at work with Sana Javed,” Riaz said, adding that their technical teams also did not find any evidence of a planned smear campaign against her. Some of the makeup artists had also sent a legal notice to Sana Javed in response to the actor’s actions.