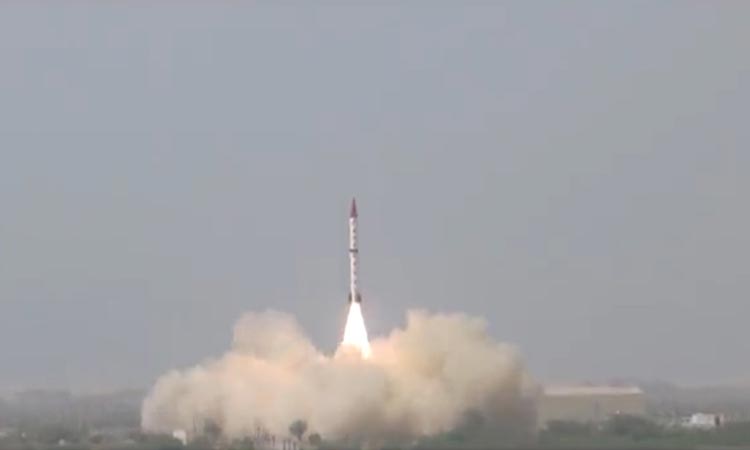 Director General Inter-Services Public Relations (DG ISPR) Major General Babar Iftikhar on Saturday said Pakistan conducted successful flight test of Shaheen-III surface to surface ballistic missile. The ISPR DG took to Twitter to share the update. He wrote on his official handle, “The test flight was aimed at revalidating various design and technical parameters of the weapon system”. Prime Minister Imran Khan congratulated the Pakistan Army on the successful launch and paid tribute to the scientists and soldiers behind the test. “We are proud to have a professional and globally competent armed forces defending the country,” he said. Pakistan had conducted a test of the same missile last year in January as well. Shaheen-III is a surface-to-surface ballistic missile with a range of 2,750 kilometres, which makes it capable of reaching the farthest point in India’s northeast and Andaman and Nicobar Islands.