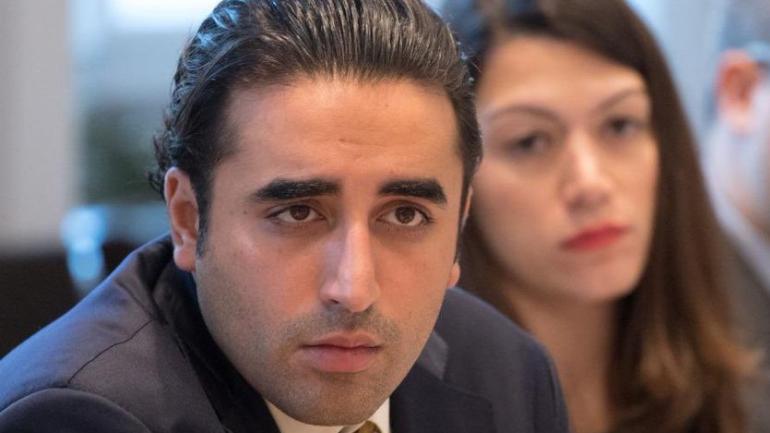 “In the past, we have seen the doctrine of necessity which is not acceptable now, therefore, we should look towards the Constitution of Pakistan only,” he asserted.

He was speaking about the current constitutional crisis due to the NA deputy speaker’s ruling to reject the vote of the no-trust motion against the PM.

The decision caused instability in the country. The matter now is in the Supreme Court, where a five-member larger bench of the apex court is regularly conducting a hearing of the case.

“We want the court decision regarding deputy speaker’s unconstitutional ruling to be in favour of the Constitution. It should not be in mine or Imran Khan’s favour,” he added.

Responding to PML-Q’s decision to join PTI, Bilawal said that despite the breach of promise by PML-Q, the Opposition still had a majority.

“We [the joint Opposition] have proved a majority in the Centre as well in Punjab,” he said.

The PPP chairperson said that PM Imran Khan had abrogated the Constitution of Pakistan and ran away.

“Now we hope that [the] judiciary will [the] stir country out of this constitutional crisis,” he said, adding that, “we believe the court decision will restore democracy in the country and make institutions uncontroversial too.”

He opined that election reforms were necessary for a transparent election in the country.

“By making election reforms, we can get out of the crisis we have been facing from [the] last 30 years,” he said. But he added that PM Imran Khan dissolved Parliament through an unconstitutional way, so the Opposition could not get the time for election reforms.

Bilawal went on to say that they want a transparent and fair election.

He was speaking about the ‘threat letter’ that PM Imran Khan brandished at a jalsa at D-chowk. Since then, the PM is labelling the Opposition leaders traitors for hatching a plot to topple his government.

Subsequently, the PM called an NSC meeting and presented the letter. However, following the directions of the meeting, a ‘demarche’ was issued to the US envoy.

Bilawal said that PM Imran Khan had attempted to drag institutions into politics, saying that the NSC meeting was called solely for political purposes and stirred up an issue of an international conspiracy.

“The way the PM is building up a narrative, a clarification should be issued in this regard,” he said, adding that, “He [PM] is fabricating a false narrative against PPP as NSC’s meeting statement did not mention any conspiracy.”