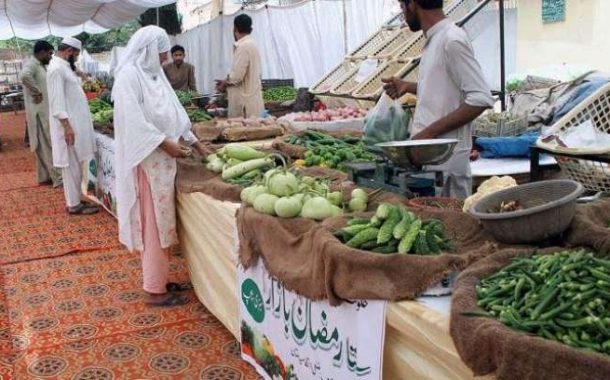 KARACHI: Daily turnover of the wholesale fruit and vegetable market swelling to more than Rs2 billion, the representatives of traders have demanded the deployment of an additional police force for protection from muggers and snatchers.

The Sabzi Mandi Market Committee has demanded of the authorities concerned to deploy an additional police force at the market located on the outskirts of the city on Super Highway to maintain peace during the Holy month of Ramazan.

In a letter sent by the chairman of the Market Committee to the Deputy Inspector General of Police East Zone stated that the number of buyers in the vegetable market has increased significantly during the holy month of Ramazan.

The number of vehicles coming for delivery of fruits and vegetables also increased many times, which causes severe traffic jams.

In another letter to the IG police, the market committee has demanded to deploy 30 traffic police officers and two mobiles to save traders from difficulties in maintaining peace in the market during the holy month.

According to the market committee chairman, the daily turnover in the fruit and vegetable market during Ramazan is Rs2 billion. Therefore, it is necessary to maintain the peace in the vegetable market.