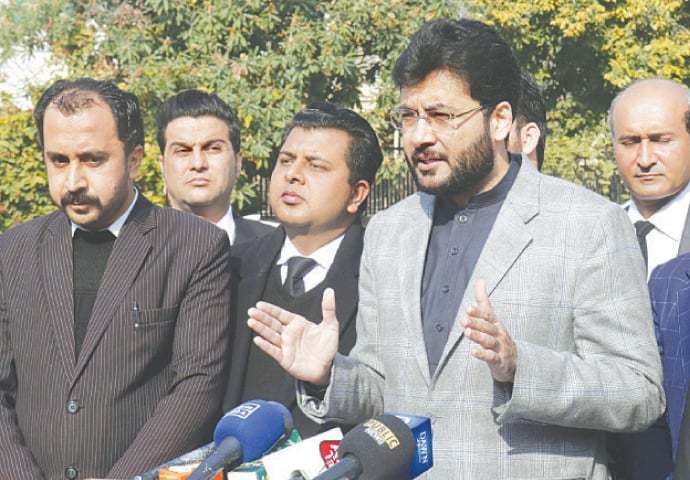 ISLAMABAD: Pakistan Tehreek-e-Insaf leader Farrukh Habib said on Tuesday that the time had to come to purge the political system of black sheep involved in horse trading.

Talking to media persons outside the Election Commission of Pakistan, he said when the no-confidence motion was tabled in the National Assembly, the business of purchasing the loyalties of legislators started and thrived.

He said that the opposition would have to tell the Supreme Court why they did not attend the committee meeting. He claimed that a section of media was supporting a political party and spreading fake news which was condemnable.

He said that it was the responsibility of the Election Commission of Pakistan to conduct general elections within 90 days after the dissolution of the assemblies. The leader said that a section of media had run concocted news claiming that ECP was not ready to hold elections within a stipulated time.

He said that Aleem Khan’s political career was almost finished but PTI gave him a new lease of political life when he joined it in 2012. Farrukh said that due to the wrong decisions of Aleem Kham as president of PTI Punjab, the party lost elections in many constituencies of Punjab.