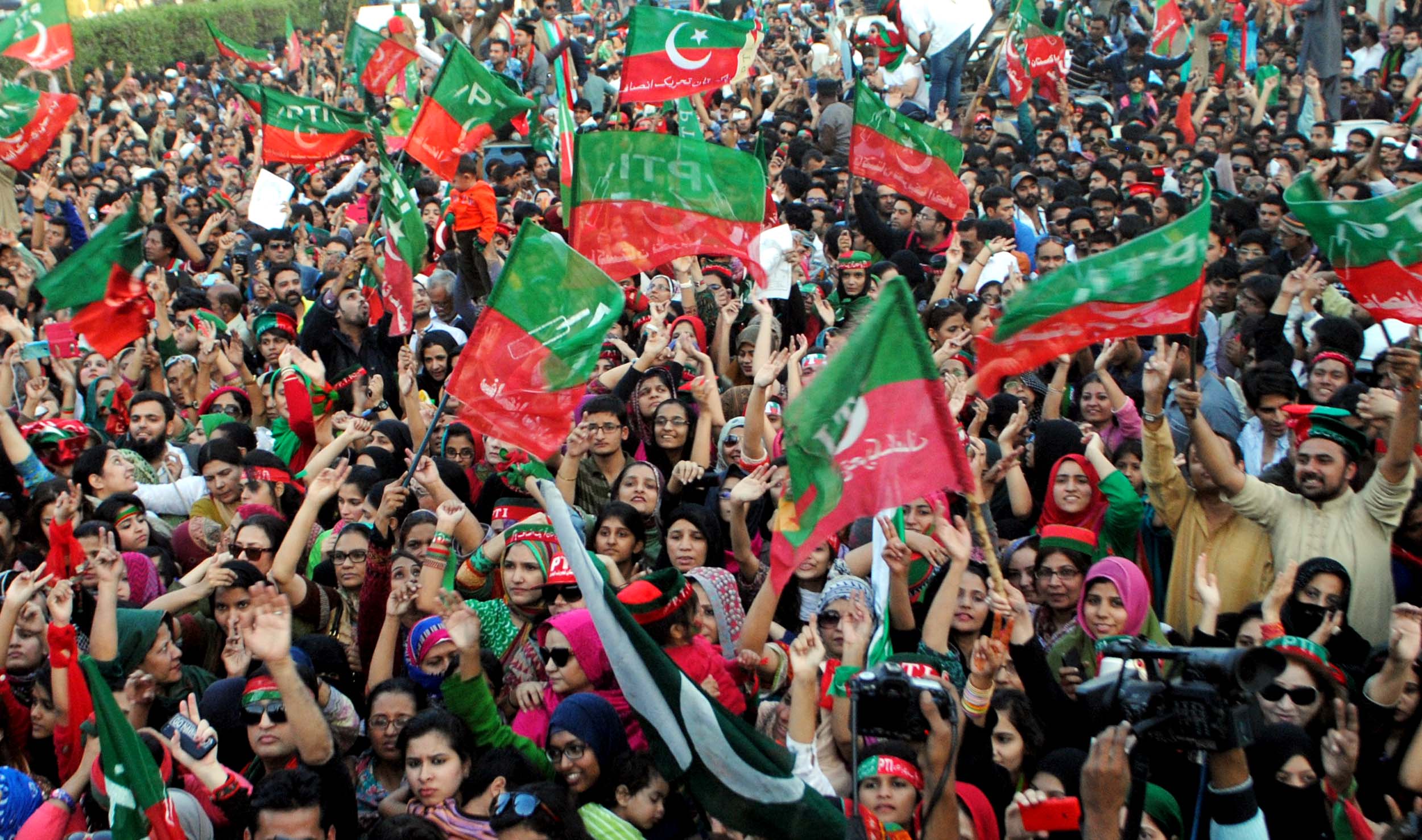 ISLAMABAD: Pakistan Tehreek-e-Insaf (PTI) has staged a protest rally at D.Chowk against a “foreign conspiracy” allegedly hatched against the PTI government.

Addressing the rally, PTI General Secretary Asad Umar has regretted the foreign interference in the internal matters of the country and horse trading in the National Assembly.

He asked the opposite political parties as to why they are running away from the elections, challenging them to compete.  Moreover, he said that a no-confidence motion was launched in which efforts were made to buy parliamentarians.

He further added that turncoats were being sold on 15 to 18 crore each.

All in all, he thanked PTI workers, saying that the people of the federal capital have never disappointed PTI.