* In the postcolonial context, however, the compradors were the people who informed the British colonisers not only about the native culture but also cooperated with the occupier 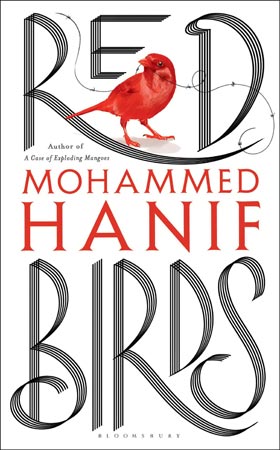 The portrayal of ‘Father Dear’ in Mohammad Hanif’s novel ‘Red Birds’ seems to be that of a ‘Native Informant’ at least at the surface level.

According Spivak, the native Informants have always been there in the historical, cultural and philosophical context performing multiple and multidimensional tasks for the benefit of the foreign forces. The same native informant in the colonial and postcolonial discourses have been, according to Fanon, termed as compradors and some even include the Babu in India in the same category. According to Masood Raja, the role of native informant has neither been always derogatory nor always positive because such a person has been employed by the social researchers too, who could translate the local culture for any foreigner intending to write a report on the indigenous culture. Raja further elaborates that in this globalized world now, multinationals employ many local people to know about the cultural diversity and local trends and then exploit this data to sell their products more efficiently.

The fictional narratives on war on terrorism, like that of ‘Red Birds’, ‘Wasted Vigil’, ‘Burnt Shadows’ and ‘Home Fire’ have been debating the existence of Native Informants who would provide much needed information to the war machine deployed to crush and eliminate the terrorists working against the interests of the US

In the postcolonial context, however, the compradors were the people who informed the British colonisers not only about the native culture but also cooperated with the occupier to strengthen his rule on the local people. Here, the role of native informants becomes derogatory because he is looking at his people from the point of view of the foreigner occupier and helping him hegemonise his own people. The post 9/11 world witnessed a new world order propagated by the then president of USA, which unleashed a new era of war on terror and thereby making and ensuring the American nation as a sole neo-colonising and hegemonising power of the world. But the technique used to find data and information about the areas of war on terrorism again necessitated the role of local informant with a new energy and a new paradigm.

The fictional narratives on war on terrorism, like that of ‘Red Birds’, ‘Wasted Vigil’, ‘Burnt Shadows’ and ‘Home Fire’ have been debating the existence of Native Informants who would provide much needed information to the war machine deployed to crush and eliminate the terrorists working against the interests of the US. The figure of ‘Father Dear’ in Hanif’s ‘Red Birds’ is counted some such figures because he helped the pilots to drop the bombs and later on to drop the food packets at specific locations and in return received dollars to run his home and hearth. The end of the war and abandonment of Hangar by the powerful forces reduced and further stopped his income which increased his difficulties of survival and he largely depended on the foods dropped by the airplanes of the war on terrorism. He is also suspected by Mother dear that he had sold her son to the Americans in the name of the training to be received and for bringing more money. But mother dear believes that her intelligent and capable son was only sold to the American for the money and each time she not only accuses her husband for this but also insists on him to bring her son back.

Interestingly enough, when the plane of an American Pilot crashes in the desert, it is discovered by the dog ‘Mutt’ and the second son of Father Dear ‘Momo’. This pilot stays at the home of Father Dear till he recovers and plans for his return. Moreover, the jeep driven by Momo has also been brought from the Americans. Besides this role, anyone working for American stays and resides in his home. For example, lady Flowerbody, is a young woman, preparing reports on the responses of the young people about American war on terrorism, also stays at his home, even when Mother Dear does not like that. He keeps on waiting for the American support while his home becomes the second most important place for the Americans to assemble and to recover after any eventuality. His home is the place where Ellie, the American pilot and Lady Flowerbody, the American worker, discuss the war, the Americans and the mission of the American to set the world right. His home is actually a mini hangar of Americans.

When seen in this context, the case of ‘Father Dear’ clearly becomes that of a modern 21st century ‘Native informant’ because he is the one who provides not only information to Americans and helps them attack his own people but also thrives on American dollars and food. But the fate deals him in the same way as the Native informants have been dealt in the past times that he is abandoned by the residents of the Hangar. It is the mother dear who brings her son back by engaging in a battle for his recovery, imaginatively though. The novel projects the idea that the people acting as native informants could be much harmful to their own people equal to their usefulness to the occupying forces. The character portrayal of father dear gradually emerges to be derogatory and negative character and that of mother dear emerges as a powerful lover of her own people.