* Maheen is educated and successful and without any social issue but is haunted by her identity baggage of Bengali heritage in Karachi, which made her less acceptable in the social circles 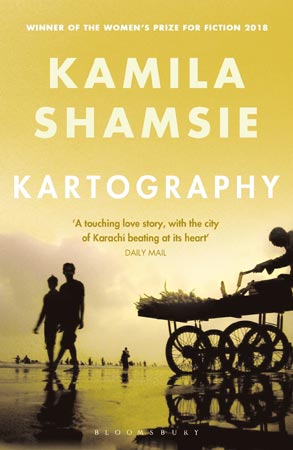 The novel portrays two generations of characters with the view that sufferings of one generation extend to the next one also. The first generation is represented through Maheen and Laila and Raheen and Sonia are the young generation. The psychological sufferings and the emotional upheavals are the common thread between men and women of both the generations in the novel. Apparently, the economic troubles or traditional norms are not the cause of situation but rather the unforeseen circumstances. For example, novel shows that Zafar wanted to marry Maheen but had to marry Laila and Maheen had to marry Ali. But love bond survives while both exist in their respective social life with an anxiety and emotional crisis which survived till death. This anxiety moves to the next generation when Raheen feels herself caught between Zia and Karim. She wanted to marry Zia because she found him very attractive to her but could not forget Karim as well because she had lived her entire youth with Karim. Similarly, Zia loved to marry Sonia but her father would not allow. Sonia was engaged but that could not materialize into marriage and as a result, both of them remained torn between desire and morality.

Maheen is educated and successful and without any social issue but is haunted by her identity baggage of Bengali heritage in Karachi, which made her less acceptable in the social circles of Karachi.

On the other hand, her daughter Raheen is also suffering from many horned dilemmas, not because of her identity baggage but because of choice she has to make between two lovers. She passes through many types of traumas in and outside Pakistan and, ultimately, is able to discover that her true emotion existed for Karim only. Raheen is a modern and emotionally charged young woman who insists on her choices of life. She is highly qualified and normally free from the usual psychologies and emotions of an illiterate and less trained woman. She is a prototype of modern Pakistani progressive woman in the novel of Shamsie. The writer projects the idea through the character of Raheen that now the educated women in Pakistan are less bothered by the social norms and traditions and are comparatively free to design their life as they wish, at least in the major urban centres. This is very significant advance in the portrayals of the life of women from the reticent women of Ahmed Ali in Twilight in Delhi (1940) to the educated and working women of Shamsie.

The portrayal of women by Shamsie in her novel Kartography, however, portrays the socio-political conditions impacting the life of men and women. Neither senior-in-age women like Maheen nor young women like Raheen are free from the problem generated by the socio-political situation. Maheen’s sufferings can be relegated to the war, alienation and hate associated with debacle of 1971 when Bangladesh emerged on the world scene because of Indian conspiracy, and the people found themselves in the political turmoil of the worst nature. The war brought more death and destruction with its fury. People had to migrate from one wing of Pakistan to the other with their emotional and socio-political baggage. Many, like Maheen, lost love and happiness of life and had to reclaim their identity as west Pakistanis.

Shamsie’s novel Kartography signifies the educated and independent women struggling to change the environment around them and are partially successful in it. The sufferings of these women are more psychological rather than physical in nature. Now, instead of the social, the political environment plays more important role in the life of educated women in the highly civilized urban areas. This aspect of the life of Pakistani women brings them closer to the women of the developed countries like America, Canada, and Europe. The major trait of these women characters is that they are empowered because of their education and hence can survive on their own. This empowerment projects them a little bit higher than the average Pakistani women and they become somewhat invulnerable to the grip of socio-cultural traditions of the society. Moreover, men around these women are also cooperative and more sensitized about the women’s respect around them. This novel, therefore, is healthy and positive message in the world of Pakistani fiction in English.

The writer is a of English at Government Emerson University, Multan. He can be reached at zeadogar@hotmail.com and Tweets at @Profzee