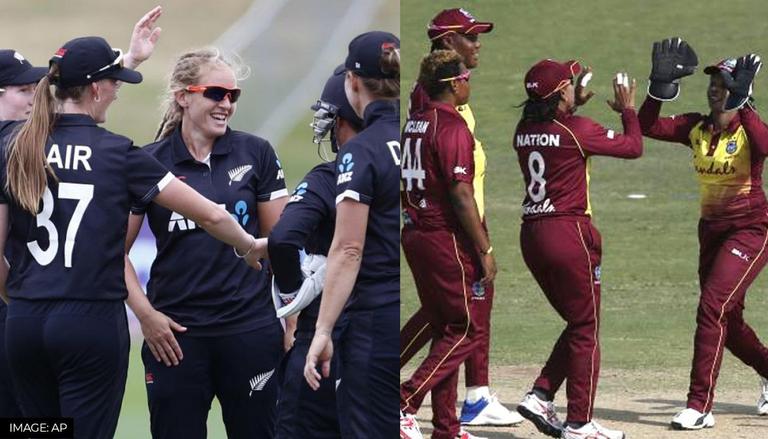 Kiwi captain Sophie Devine responded with a defiant 108 but Deandra Dottin took 2-2 in the final over and helped run out rookie Fran Jonas to claim a last-gasp win.

New Zealand opted to bowl after winning the toss, with Devine saying her players were excited about the “once in a generation” chance to play the one-day showcase on home soil.

“It would be silly to think that there’s not going to be pressure or expectation, so we’re trying to really step into that and embrace it,” she said.

The West Indies finished with 259-9, making a blistering start of 10 runs an over before the New Zealand attack pegged them back with a steady stream of wickets.

The first dismissal of the tournament was Dottin on 12 when she edged a Lea Tahuhu delivery to Jess Kerr at mid-off in the third over.

Matthews’ maiden ton was the highlight of the innings after the 23-year-old was promoted from the middle order to open the batting.

“I’m not sure how I felt about it at first since I was pretty comfortable batting at five, but it seemed to work out alright,” she said after a knock that included 16 fours and one six.

Matthews also took 2-41 with the ball in a player-of-the-match performance.

Chedean Nation chipped in with 36 runs and Captain Stafanie Taylor made 30, while Tahuhu was the best of the Kiwi bowlers with three for 57.

Devine responded with a big total of her own, helped by some sloppy West Indies fielding that saw a run-out opportunity and a catch squandered.

Her sixth ODI century came off 117 balls, but she struggled to find partners as spinners Matthews and Anisa Mohammed contained New Zealand’s batters.

New Zealand looked in trouble when Devine was dismissed for 108 by a sharply taken caught-and-bowled from Chinelle Henry with the required run rate creeping up.

Back-to-back boundaries from Katey Martin gave New Zealand the momentum before Dottin’s superb over of death bowling sealed the win for the West Indies.