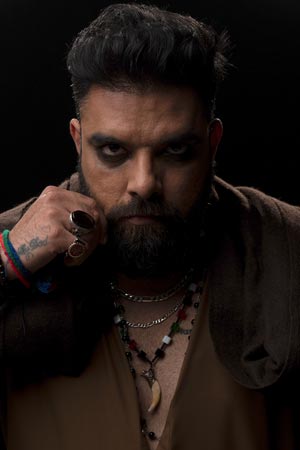 Hum TV’s latest drama Badshah Begum ticks all the boxes when it comes to mystery, politics and suspense but netizens have mixed reactions towards the show.

The first episode aired on March 1 and reactions have been pouring in.

The drama stars Zara Noor Abbas, Yasir Hussain, Farhan Saeed, Ali Rehman, Komal Meer and Shahzad Nawaz in leading roles. The story is about a ‘Pir’ named Shah Alam and the five children of his two deceased wives. Shahzeb and his younger brother Murad live as the decision-makers in the fictional state of Peeraan Pur, along with their aunt Hakim Bi, the resident ‘Badshah Begum’ who handles women’s affairs in the estate.

For many users on Twitter, Saeed as Pir Shahzeb was the highlight of their day.

For this user, “Pir Shahzaib is a character that grows on you without warning even when their actions are sometimes questionable & eventually makes you cry for them. It’s evident from today’s episode that he has a heart he wants to guard.”

Another user believes this drama should be on Netflix.

For one user, each actor played their character “perfectly”.

“Freedom is just not the same for everyone,” wrote a user with a photo of Jahan Ara and Bakhtiar from the show. But for some users, Badshah Begum didn’t meet their expectations.

A user even compared Game of Thrones Khal Drogo with Hussain’s Pir Qaisar.

For this user, Badshah Begum had an “unimpressive start” and she wasn’t “hooked”.

Another reasoned that the show wasn’t interesting enough to pull her in. This user thinks that it’s a sasta version of Vampire Diaries. Despite Twitter’s mixed reactions, the show looks interesting and is a break from the usual saas-bahu dramas we’re accustomed to seeing. We would also caution viewers that this is just the first episode and things should get better from here.