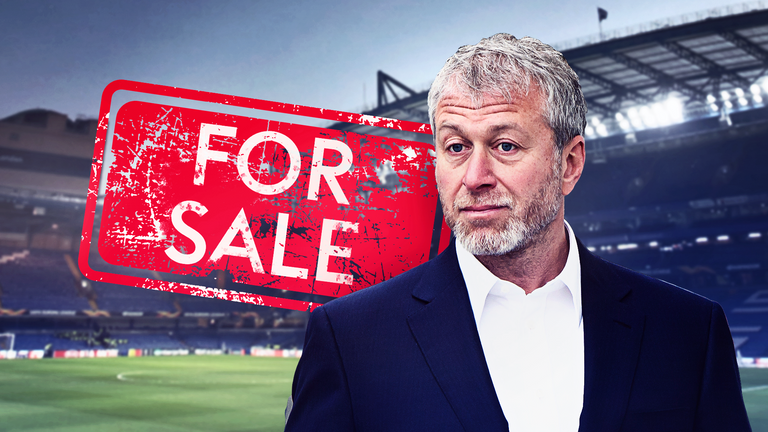 London: Chelsea’s Russian owner Roman Abramovich on Wednesday confirmed he is to sell the Premier League club, pledging that proceeds will go to victims of the war in Ukraine.

The billionaire believes it is in the “best interest” of the Champions League holders if he parts ways with the club he has transformed since his purchase in 2003.

“As I have stated before, I have always taken decisions with the club’s best interest at heart,” Abramovich said in a statement.

“In the current situation, I have therefore taken the decision to sell the club, as I believe this is in the best interest of the club, the fans, the employees, as well as the club’s sponsors and partners.”

It is a seismic moment for English football after nearly two decades of Abramovich’s team consistently challenging for the sport’s top honors.

But the 55-year-old’s reign will come to an end in the fall-out from the Russian invasion of Ukraine.

The British government has yet to order sanctions against Abramovich, who is said to be close to Russian President Vladimir Putin, but the Chelsea owner’s concern about the potential seizing of assets is understood to have sparked his move to off-load the Blues.

Swiss billionaire Hansjorg Wyss and USA investor Todd Boehly, a co-owner of the Los Angeles Dodgers baseball team, are reported to be two of the parties now preparing a joint bid for Chelsea.

Wyss, 86, told Swiss newspaper Blick he had been offered the chance to buy the London club because Abramovich wanted “to get rid of Chelsea quickly” before potential political sanctions took hold.

It is believed Abramovich’s asking price for Chelsea will be around £3 billion ($4 billion), with American bank the Raine Group reported to have been asked to handle the sale.