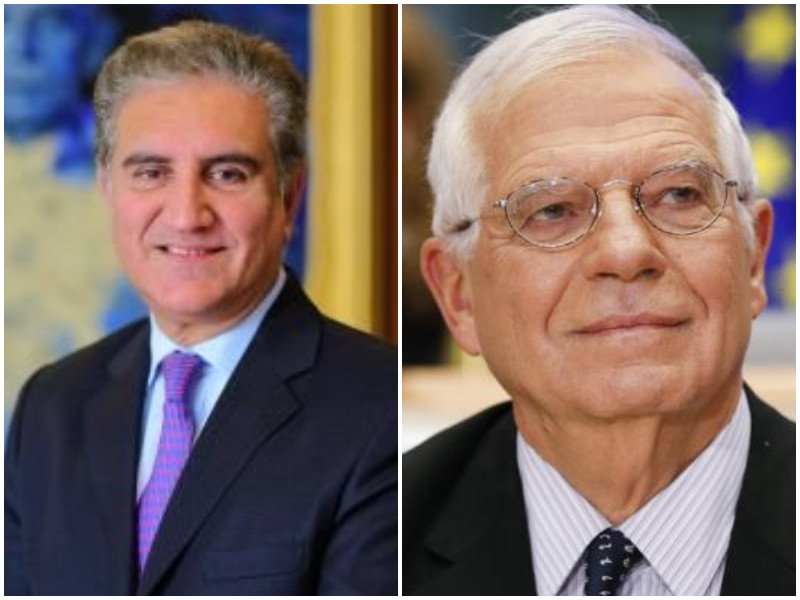 ISLAMABAD: Foreign Minister Shah Mahmood Qureshi and Josep Borell, Vice President of the European Commission and High Representative of the European Union for Foreign Affairs and Security Policy in a telephonic conversation discussed the current situation in Ukraine.

The two sides also focused on the Emergency Session of the United Nations General Assembly, the Foreign Office said. The foreign minister recalled that prime minister Imran Khan had regretted the latest situation between Russia and Ukraine, and had shared Pakistan’s hope that diplomacy could avert military conflict.

Underscoring the adverse effects of conflict on developing countries, he mentioned that the prime minister had been stressing the importance of diplomatic solutions. Expressing deep concern at the recent turn of events, the foreign minister apprised the EU High Representative of Pakistan’s principled position, which is anchored in the promotion of peaceful settlement of disputes through dialogue and diplomacy.

He underscored that Pakistan had consistently stressed the need for de-escalation, renewed negotiations, sustained dialogue, and continuous diplomacy. The foreign minister emphasized the importance of a solution in accordance with relevant multilateral agreements, international law, and principles of the UN Charter.

Borell shared his perspective on the situation and highlighted its impact on international peace and security as well as a global economy. He acknowledged the importance of continued efforts for finding a diplomatic solution. Foreign Minister Qureshi and High Representative Borell agreed to remain engaged.